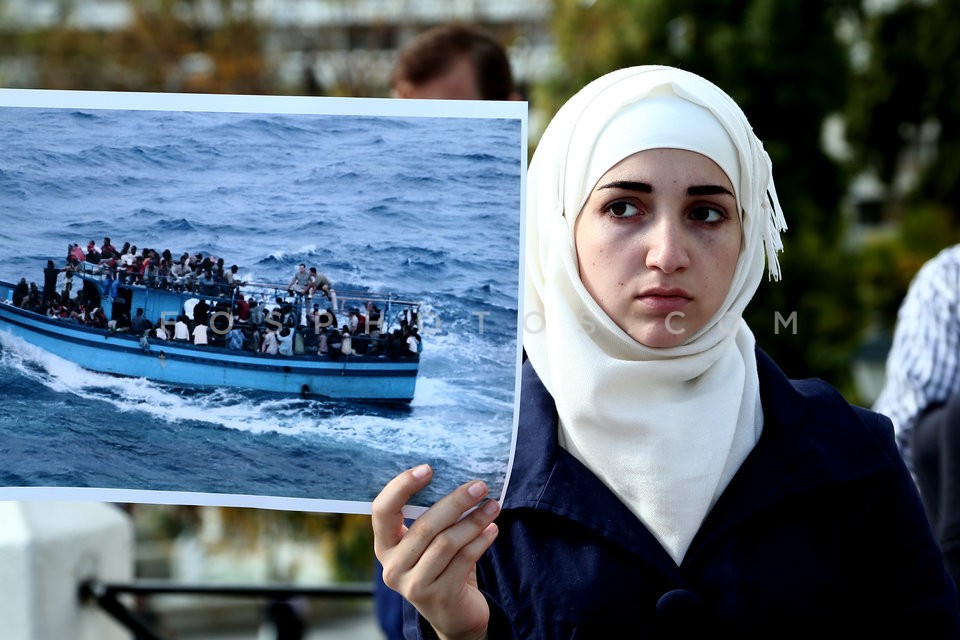 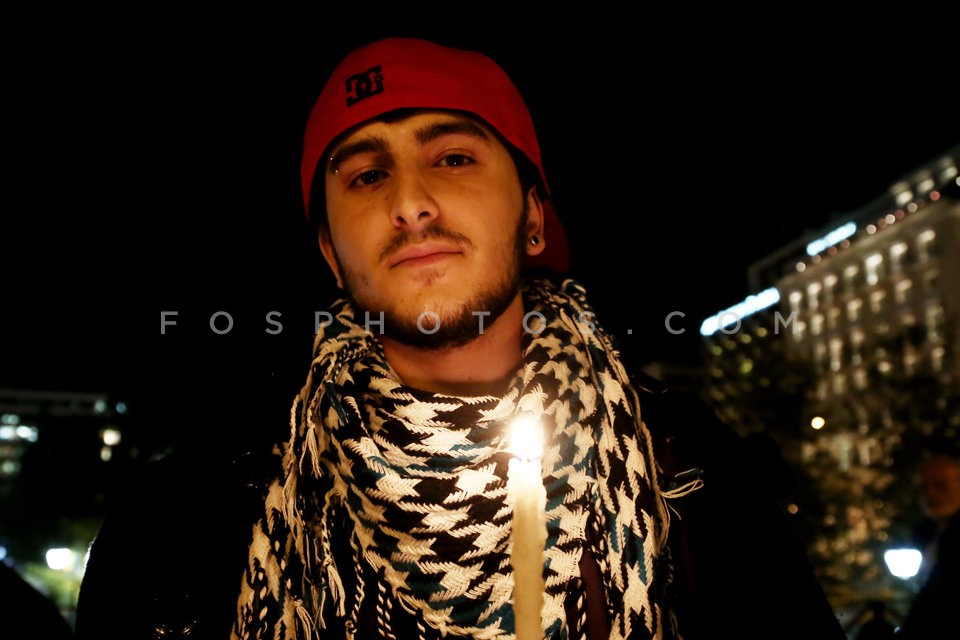 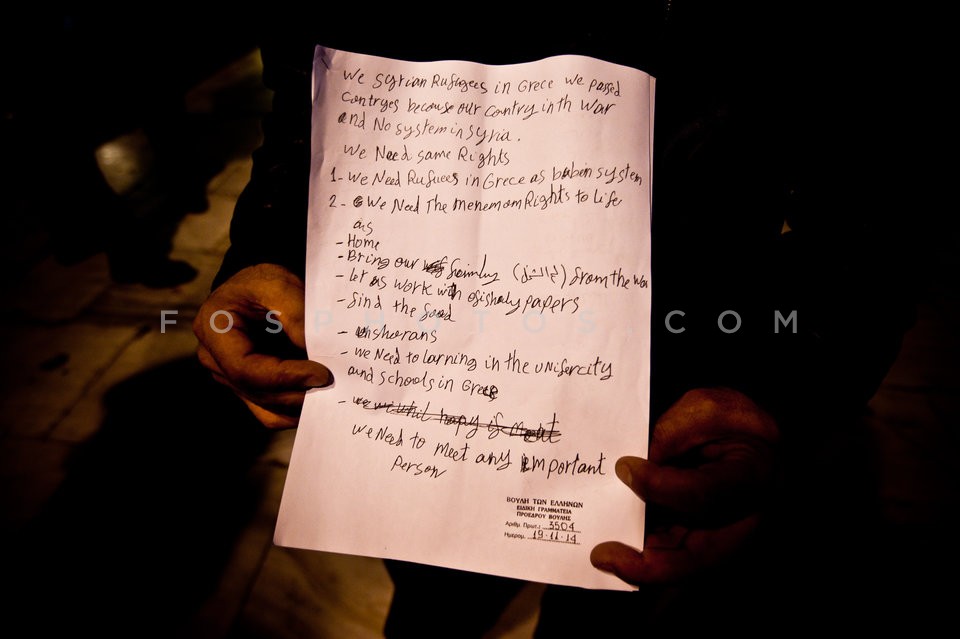 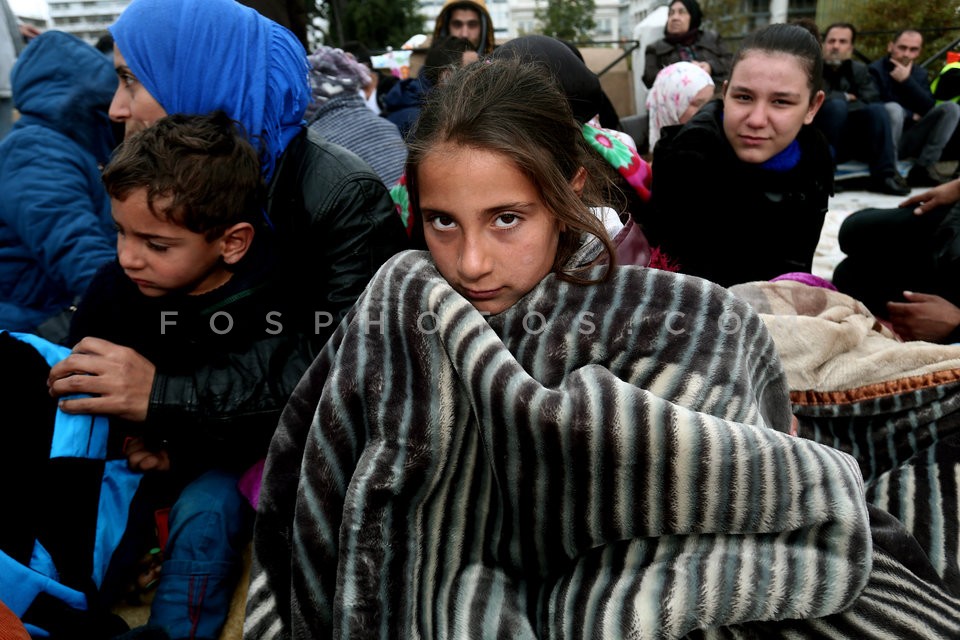 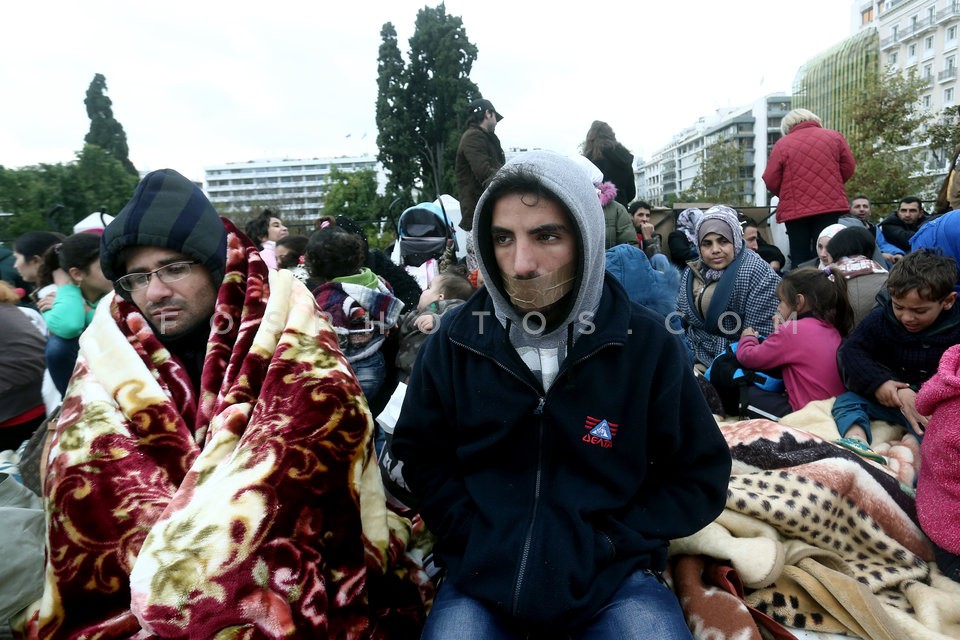 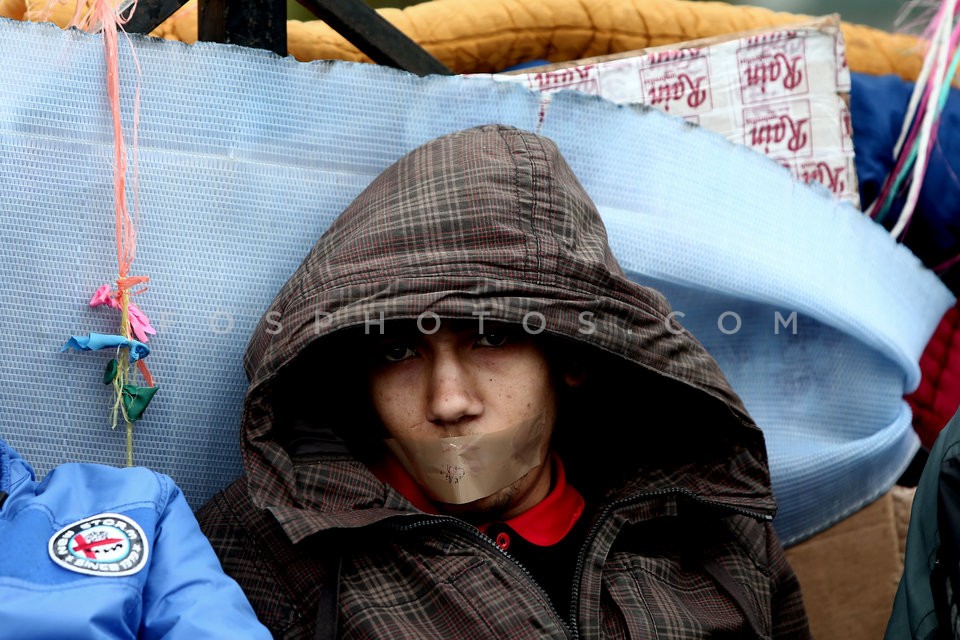 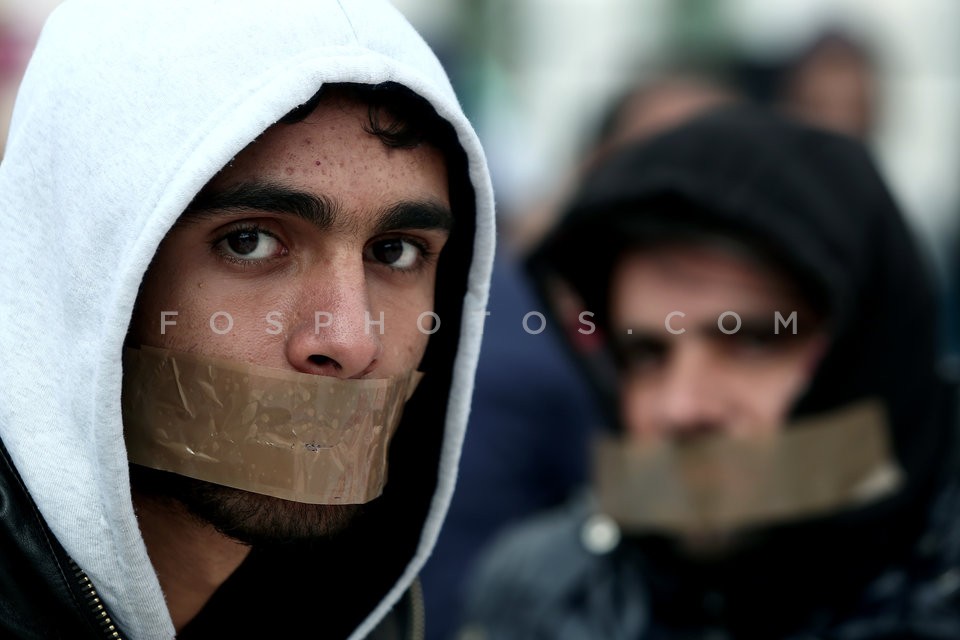 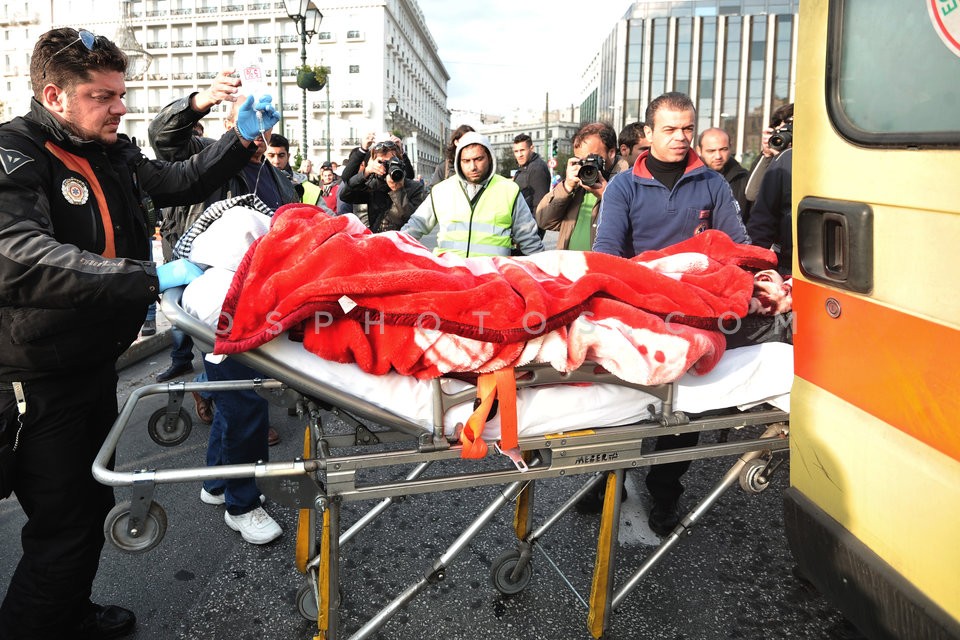 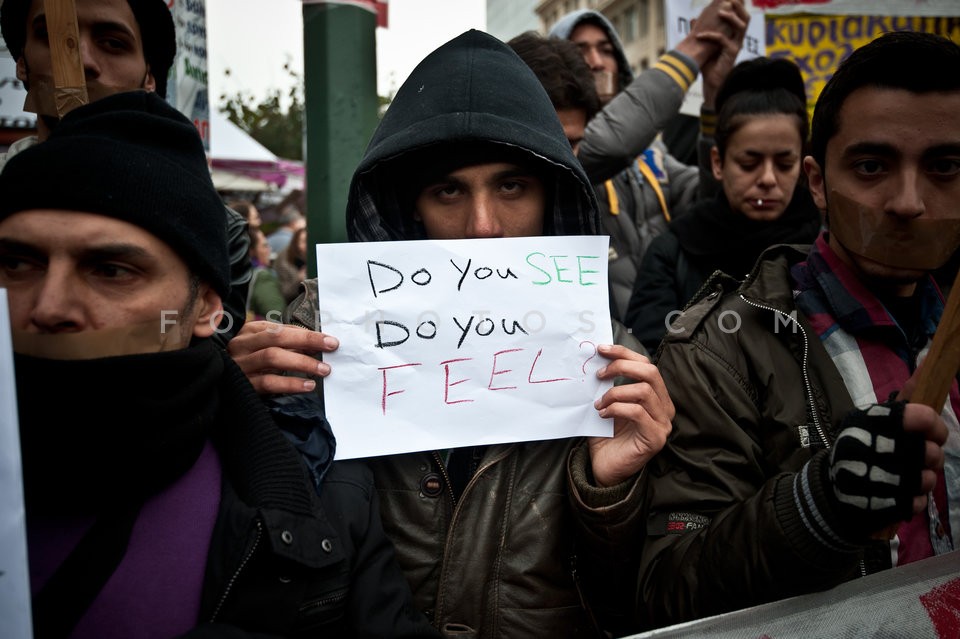 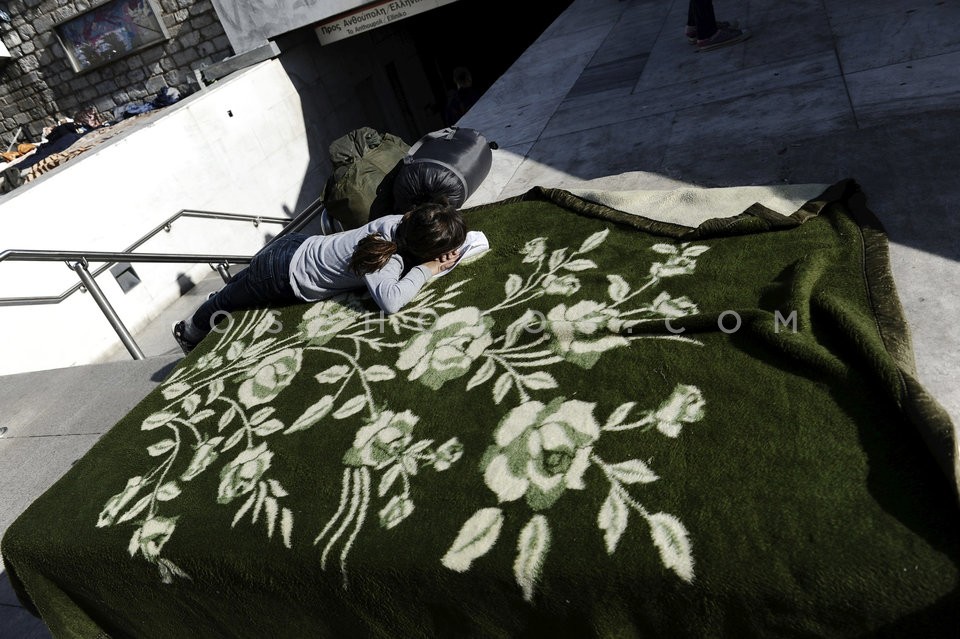 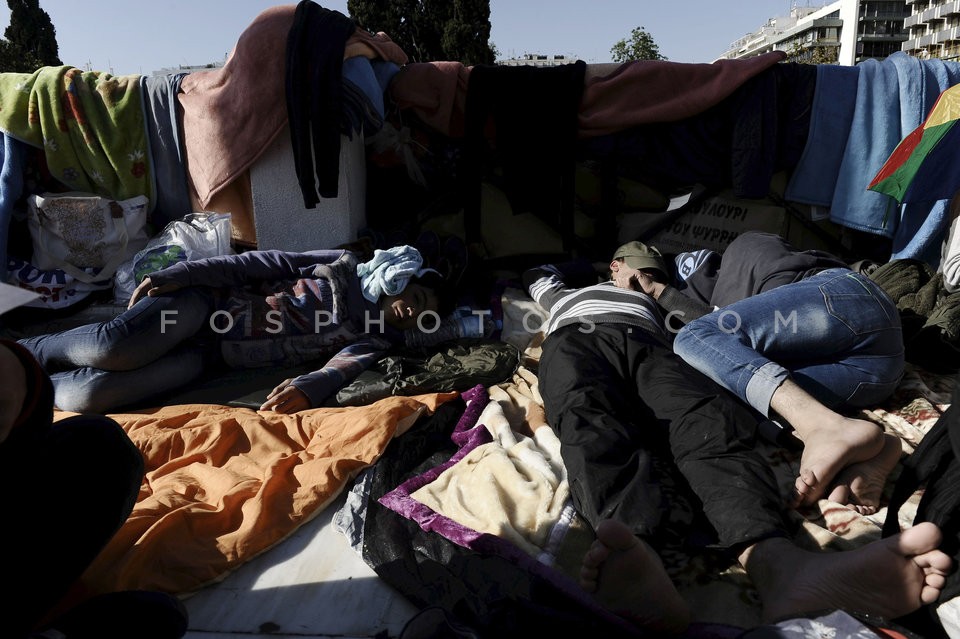 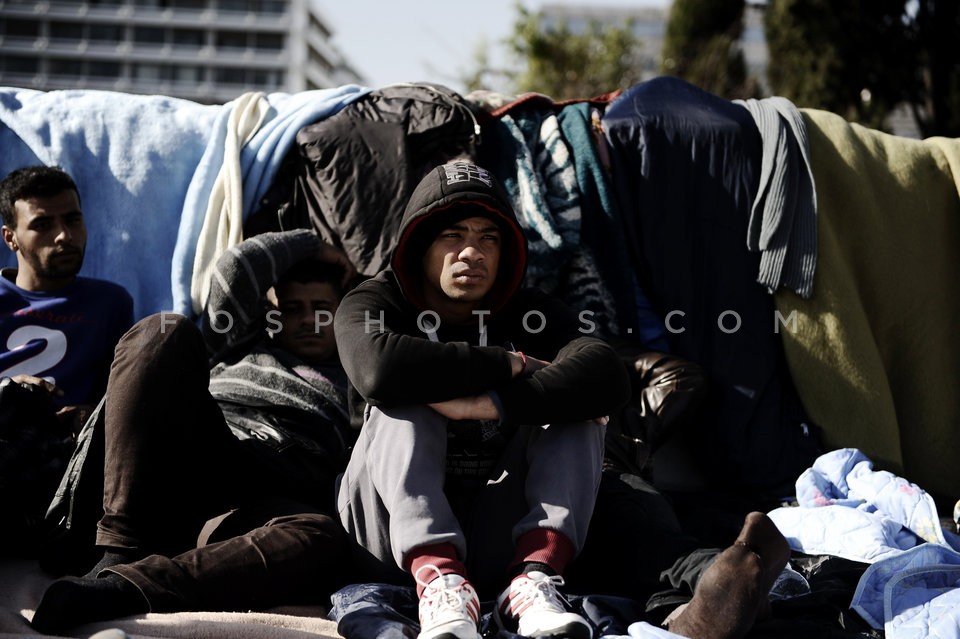 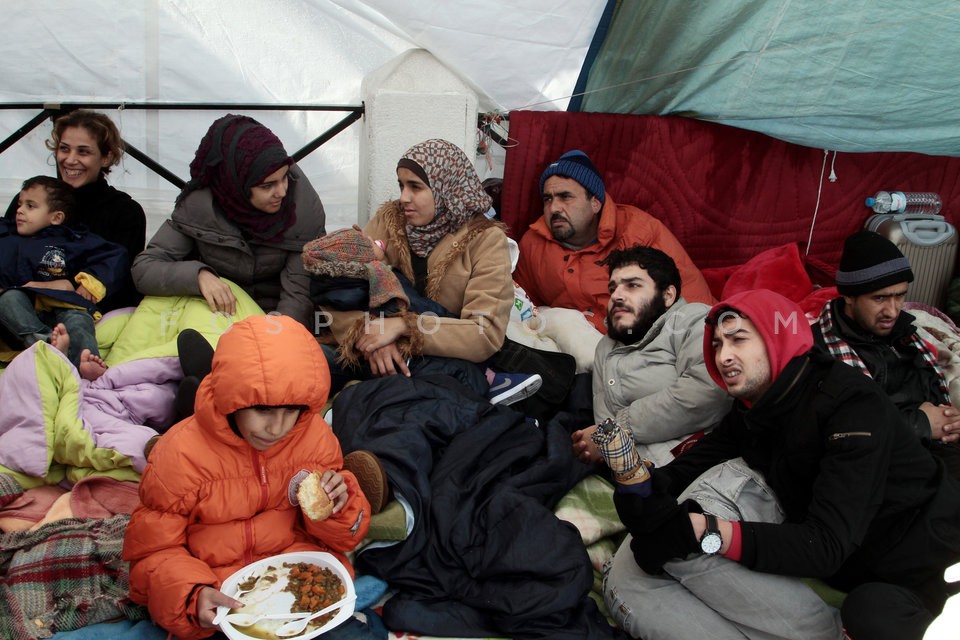 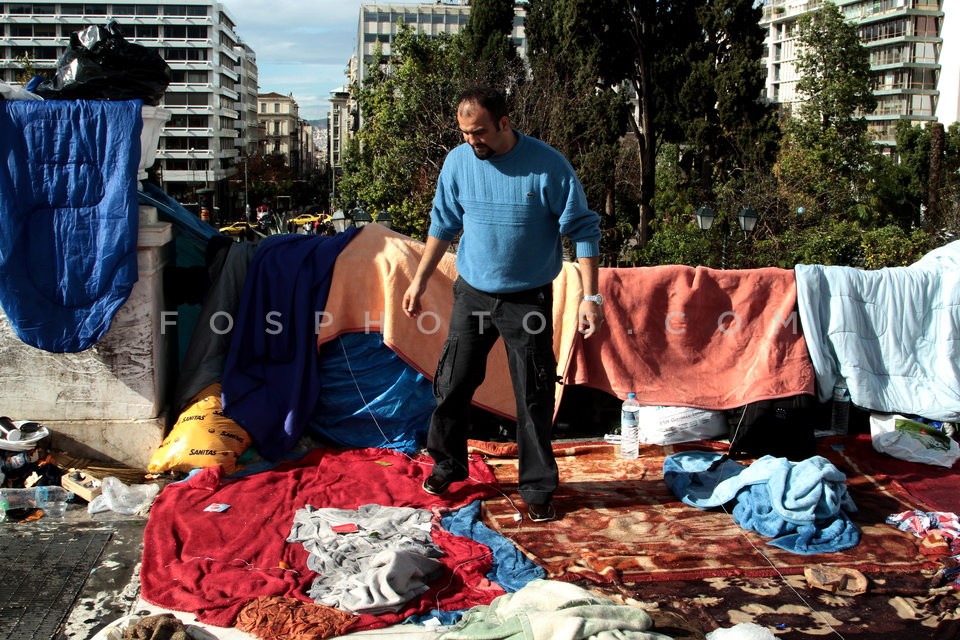 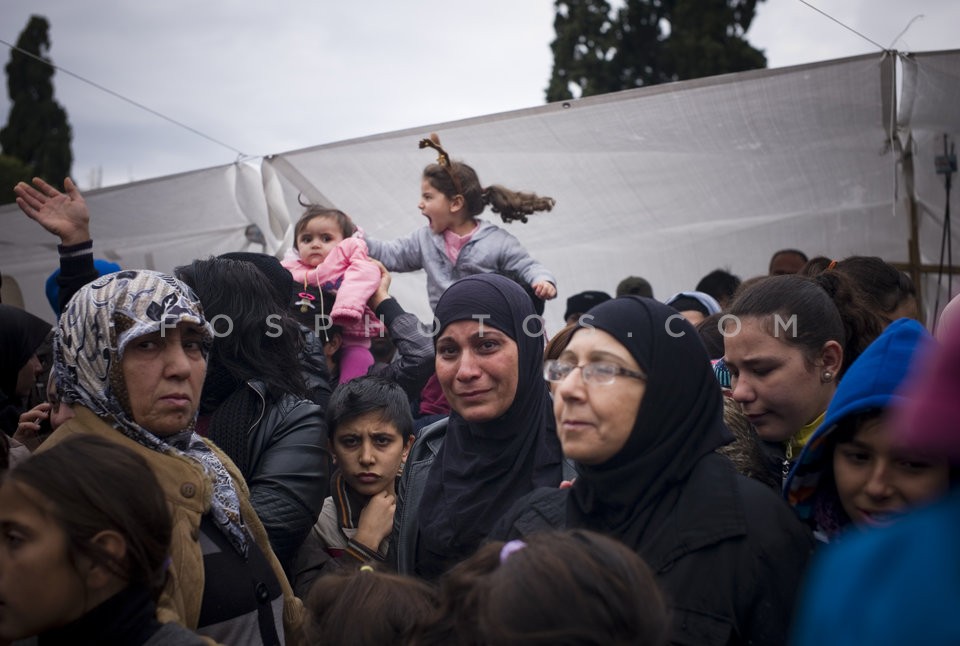 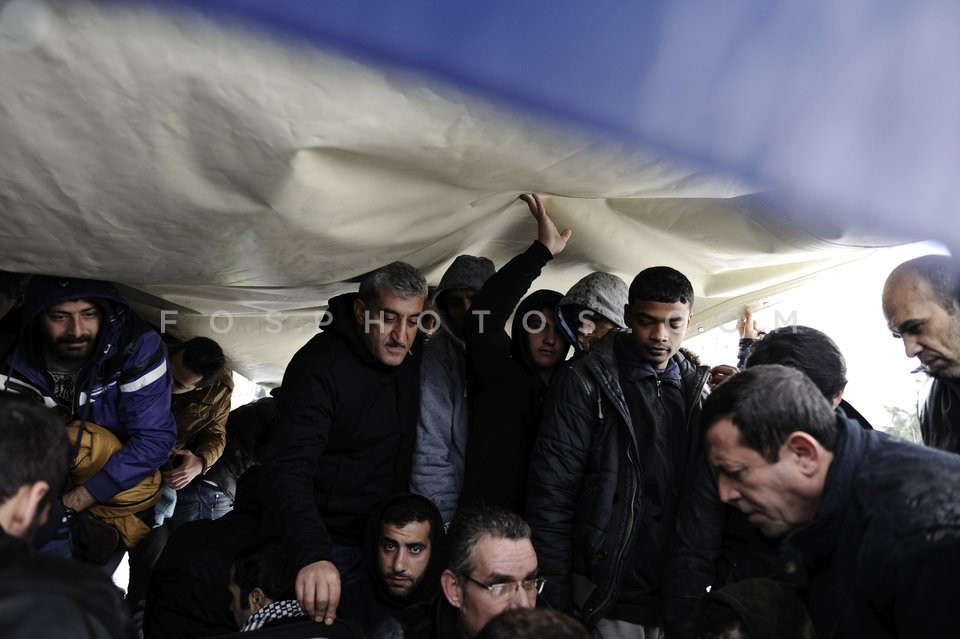 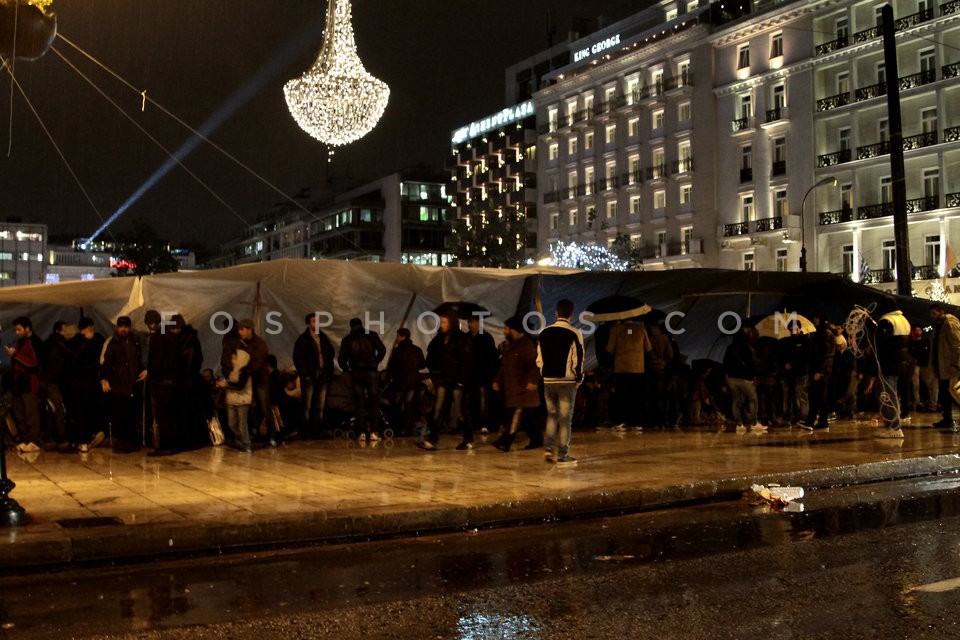 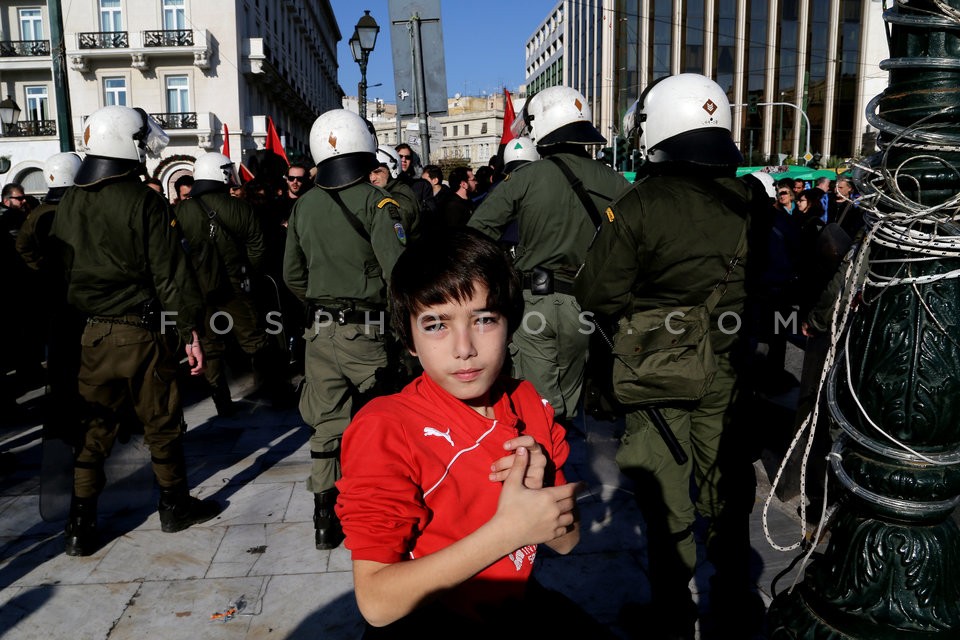 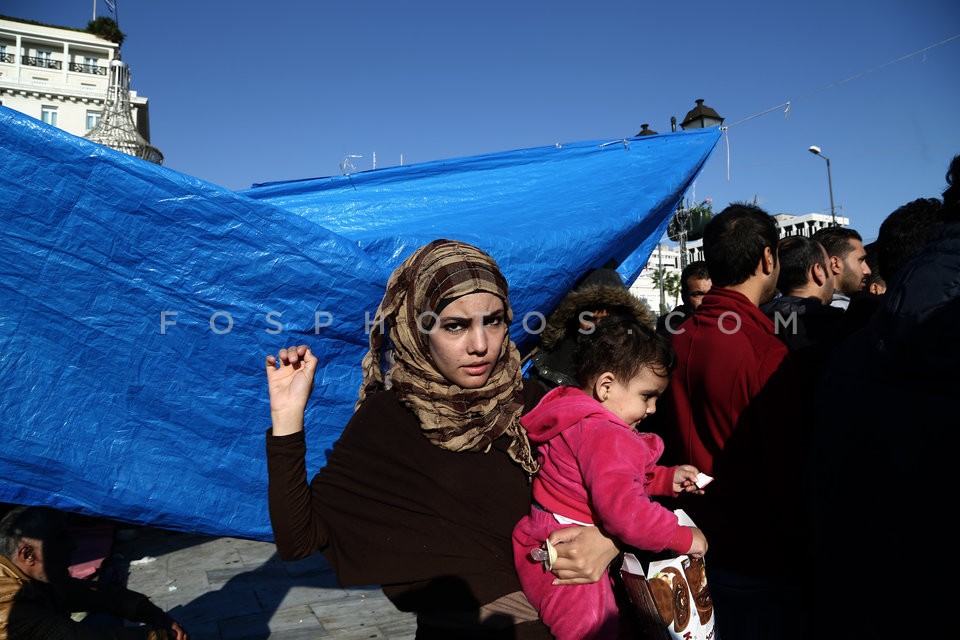 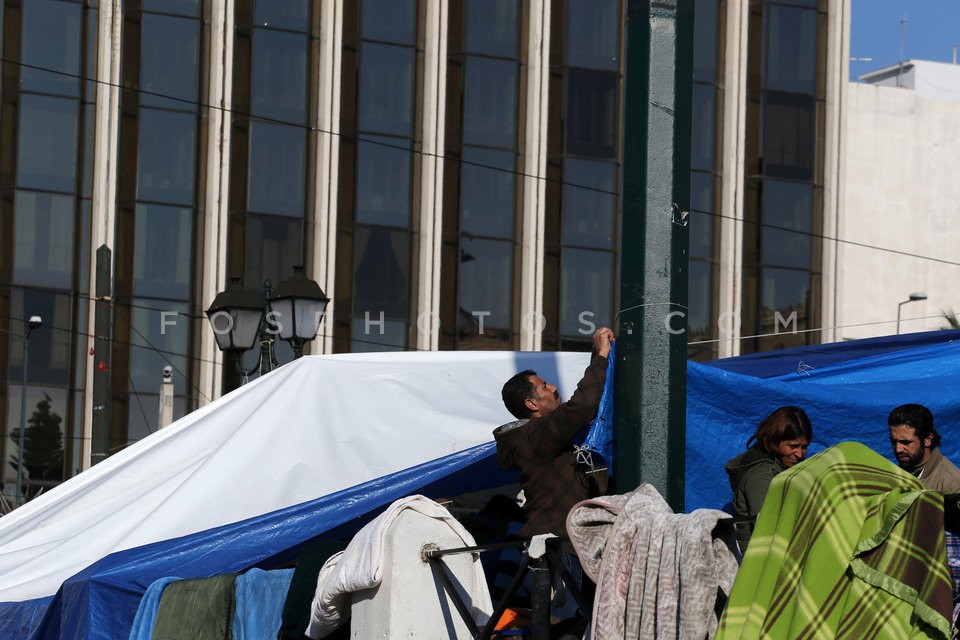 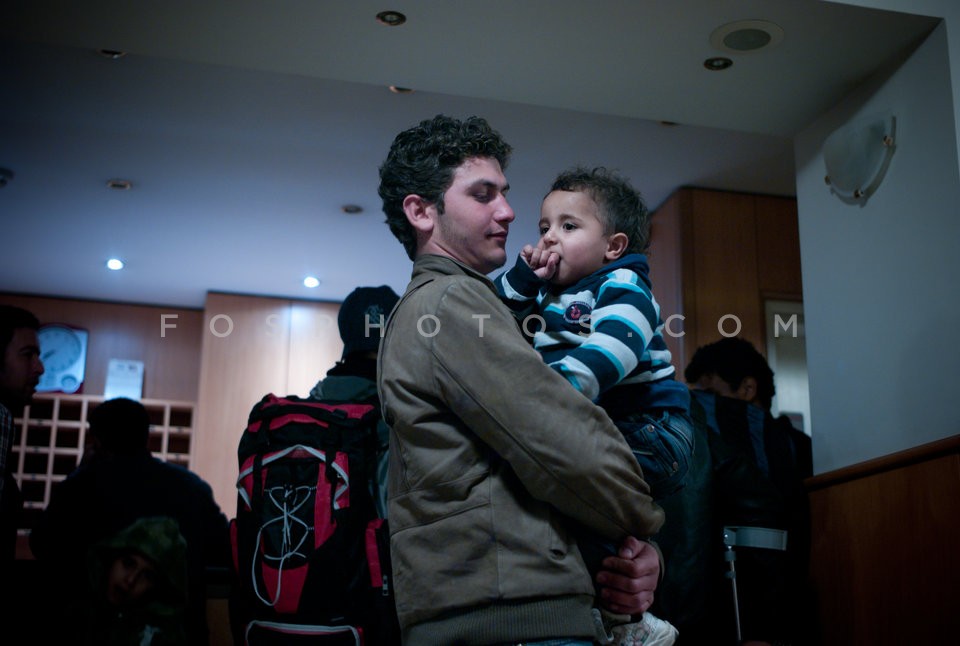 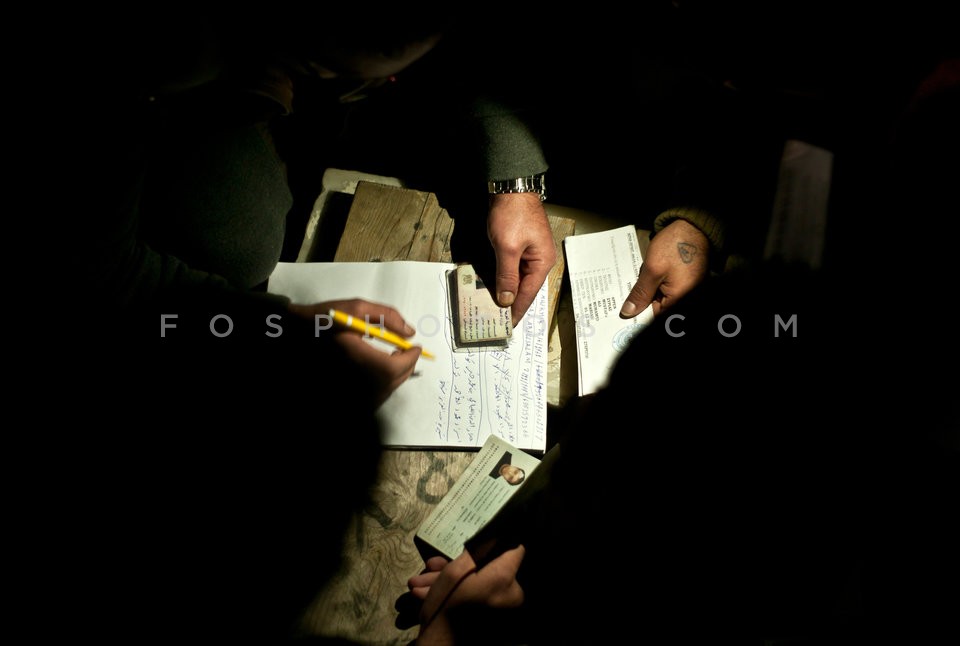 On 19/11/2014, about four hundred Syrian refugees, families, women, children, young men and women who wanted to escape from civil war and atrocities in their country, gathered in front of the Greek Parliament, at Syntagma Square and camped there for thirty days, requiring to give them travel documents that would enable them to travel to other European countries. Although these people violently have left their homeland and their homes, do not want to give up their dreams for the future. So, after a few days, they started hunger strike to indicate their hopelessness and desperation.

European legislation does not allow them to leave the country without travel documents and in case of illegal escape, because of Dublin II regulation, they are sent back to Greece. The state has tried several times to stop the protest, suggesting various compromises, but the Syrians insisted on their initial requests and, despite the bad weather, they chose to stay together, until there is a solution to their demands. After consultation with the Greek Ministry of Interior, a compromise found and, because of the cold and continuous rainfall, which made them reach the limits of misery, about two hundred of the refugees, with tywenty-seven families among them, are now accommodated in hotels in the center of Athens. The promise is that finally it will be given their travel documents and and that other European countries agreed to receive them. Those refugees who were not convinced by the promises of Greek authorities, remained in the square. At dawn Monday 15/12, the police removed them from the square, and they were transferred at the Directorate for Immigration of Attica. After a few hours they were released.