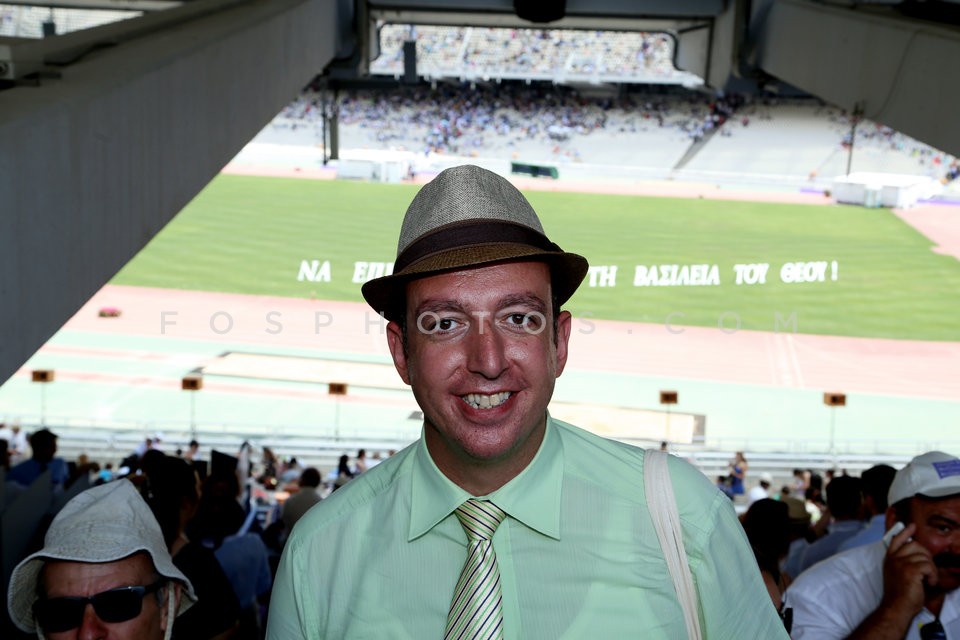 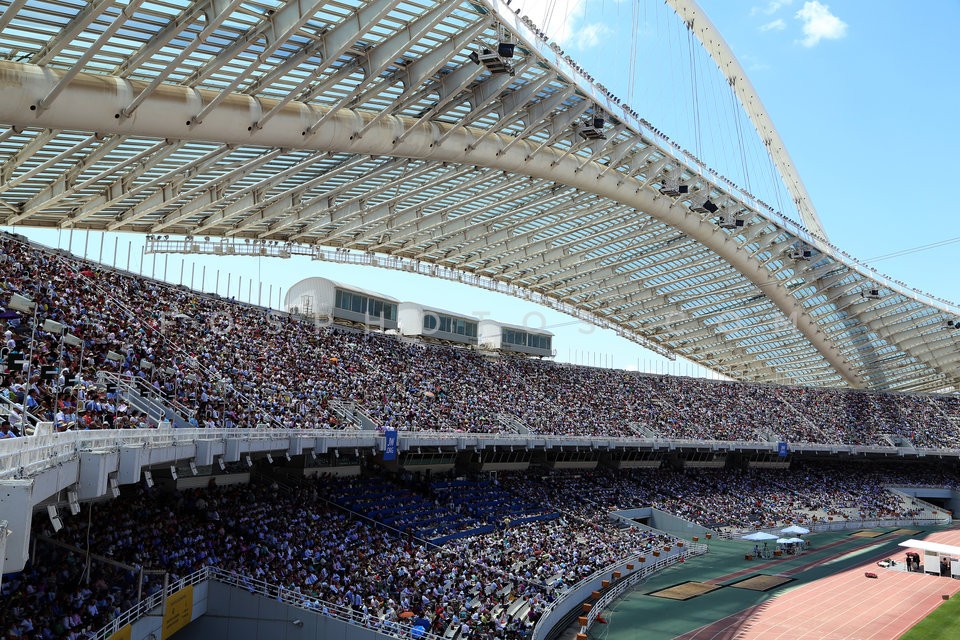 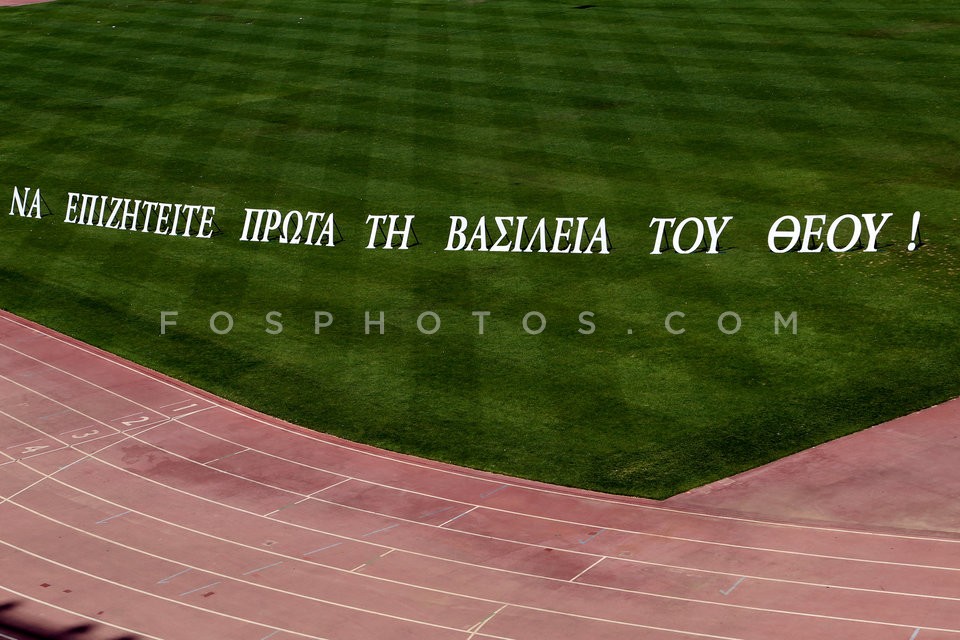 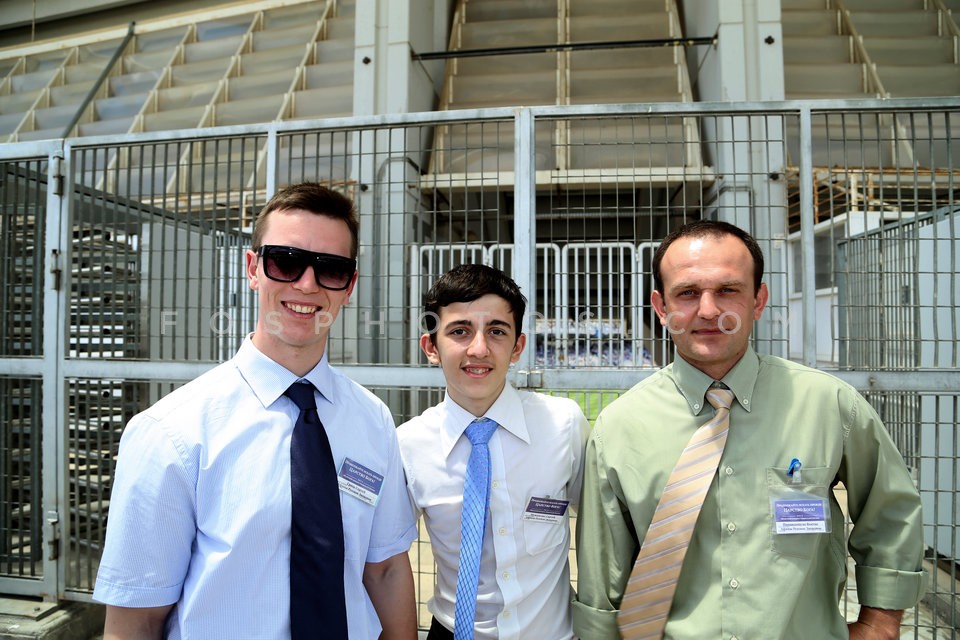 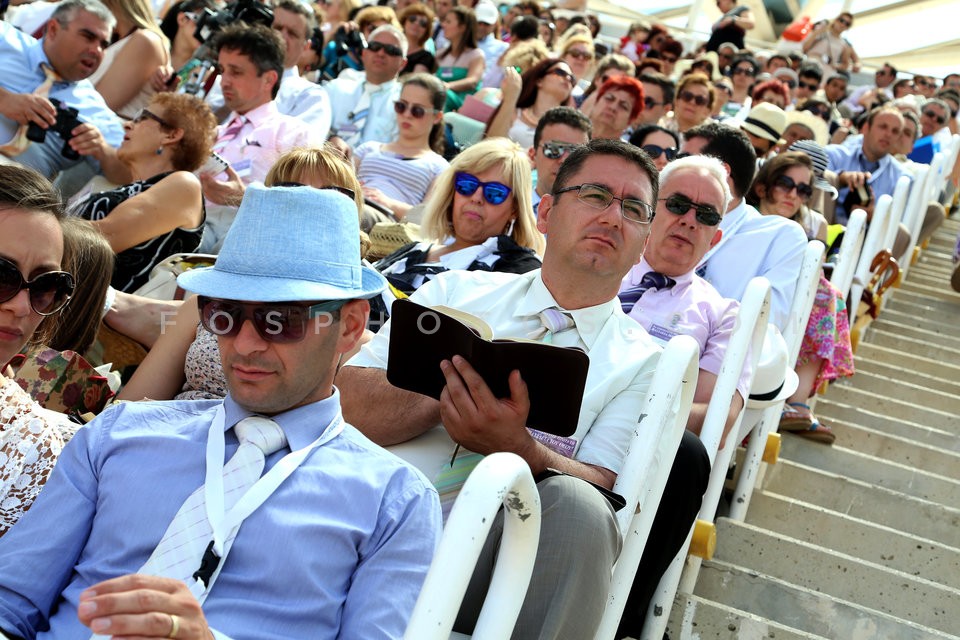 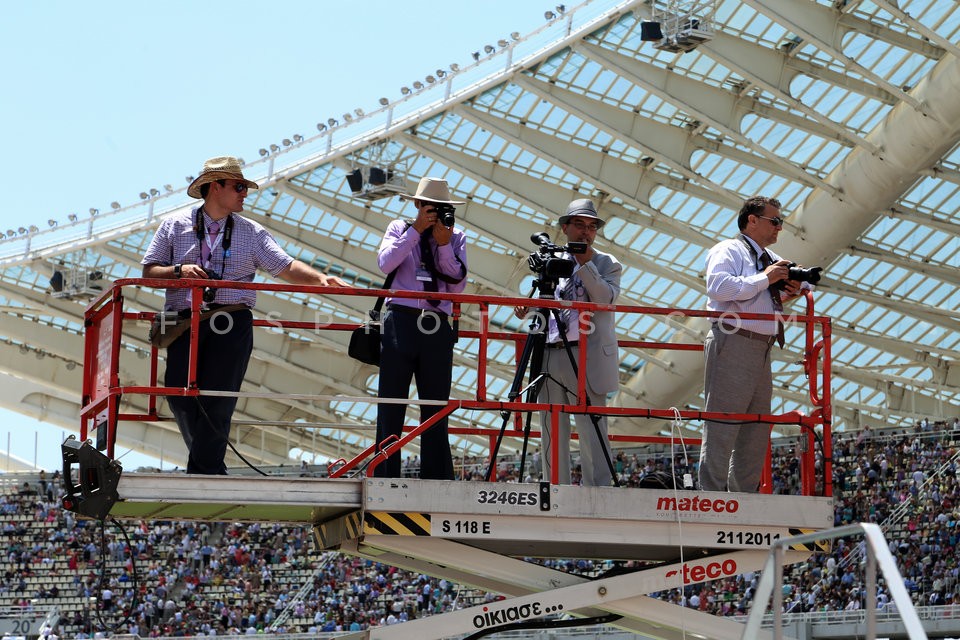 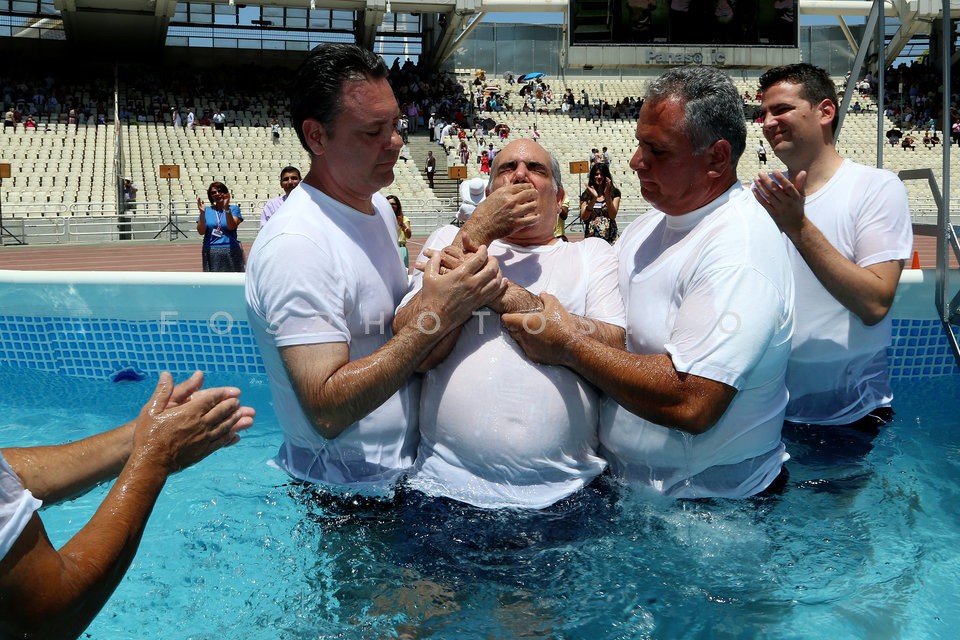 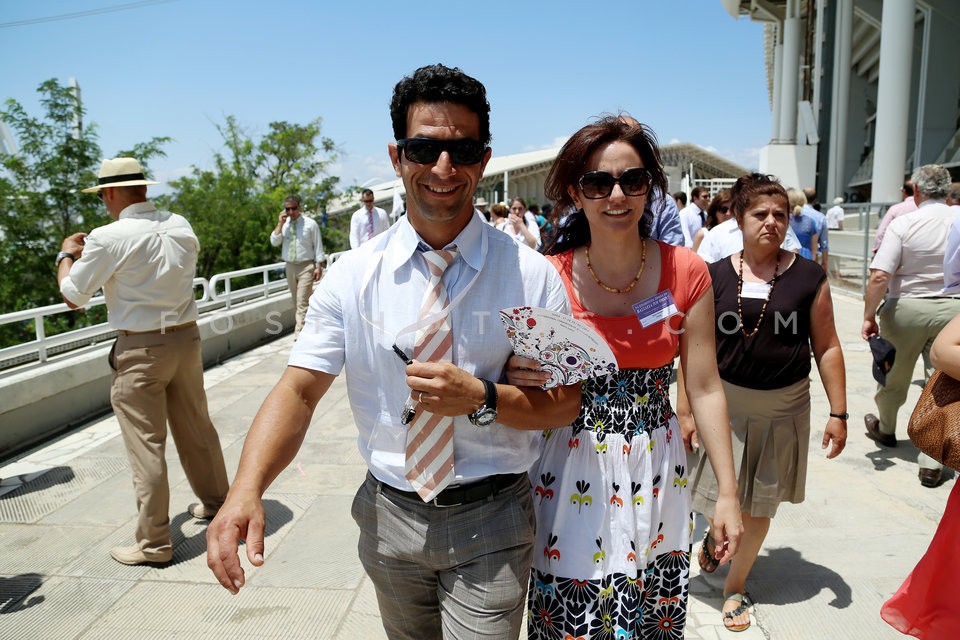 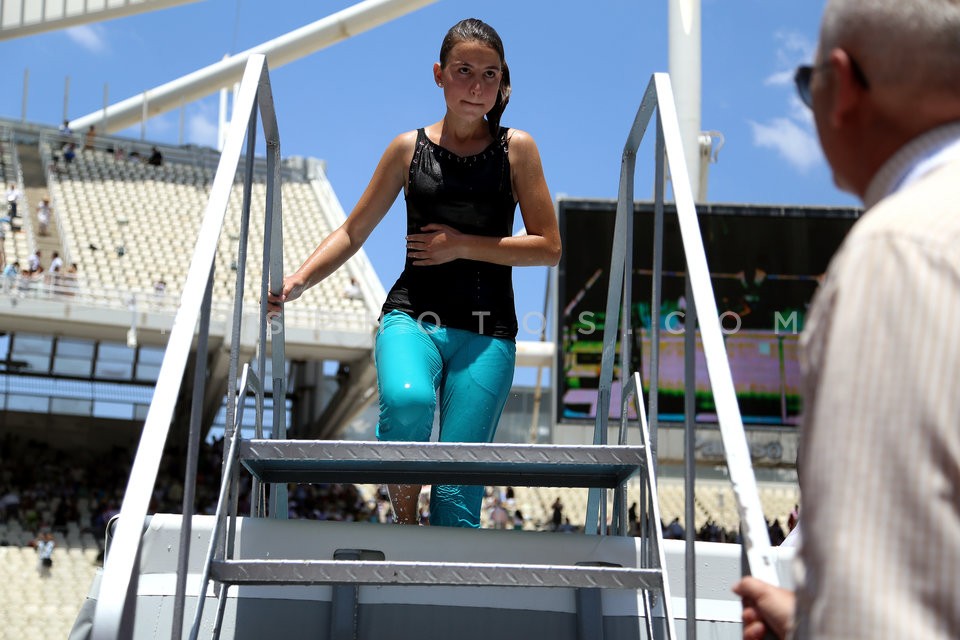 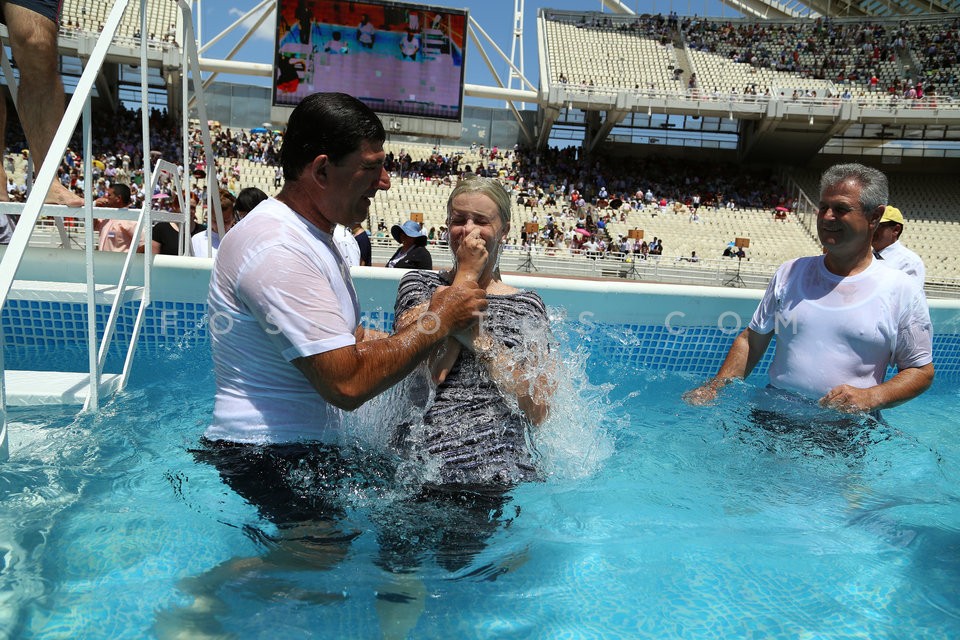 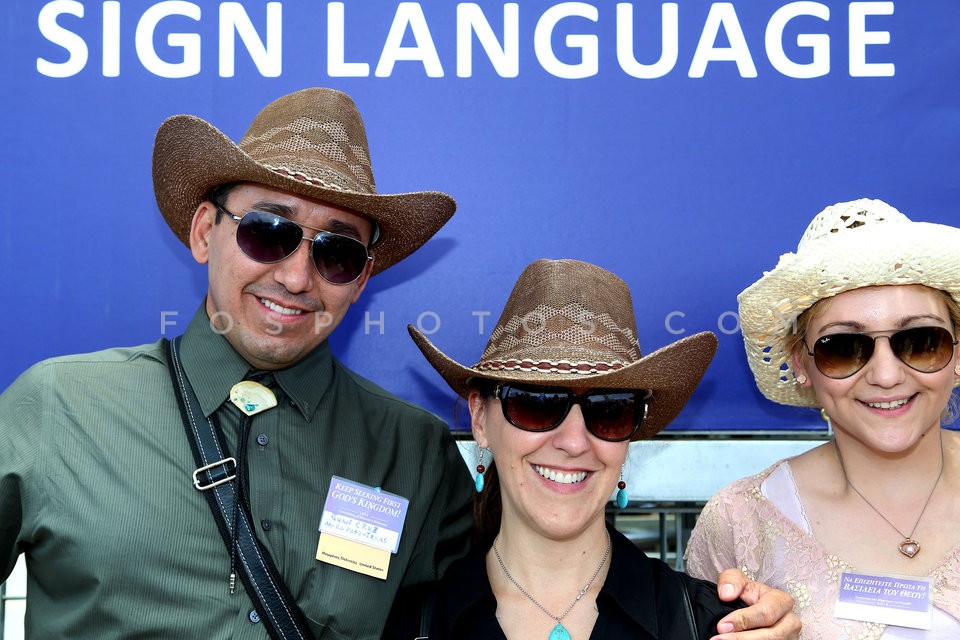 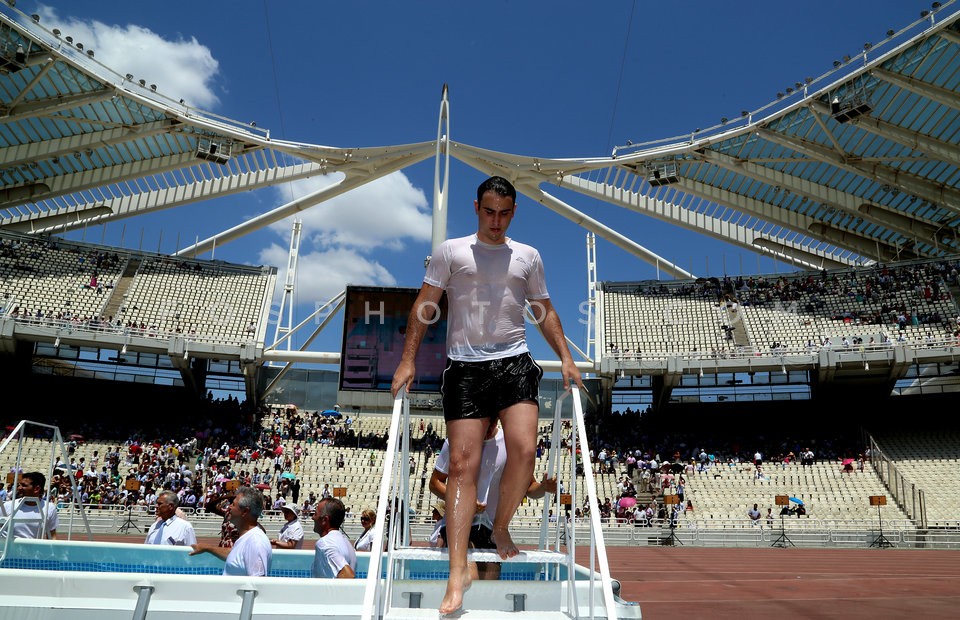 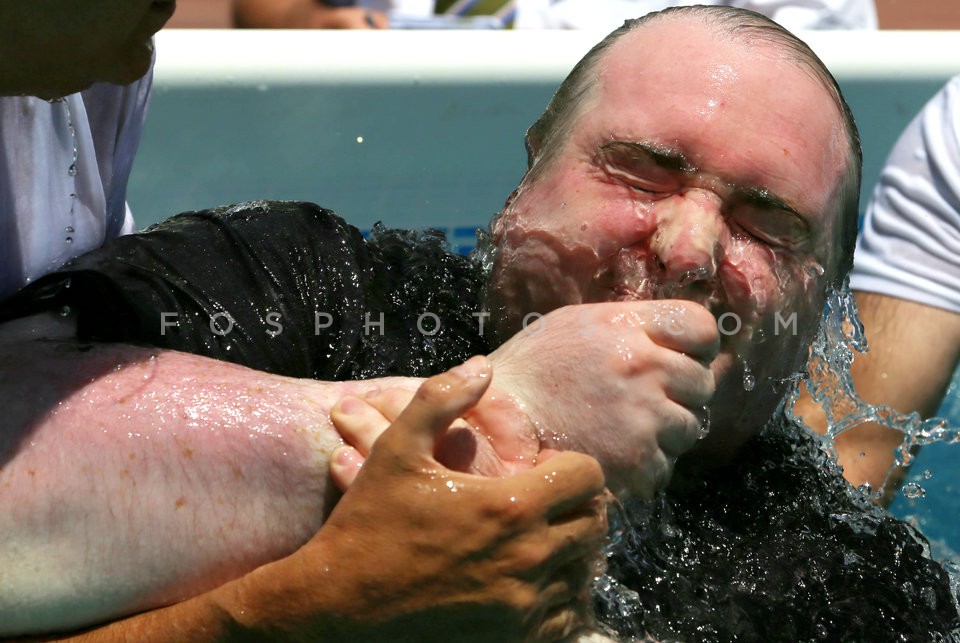 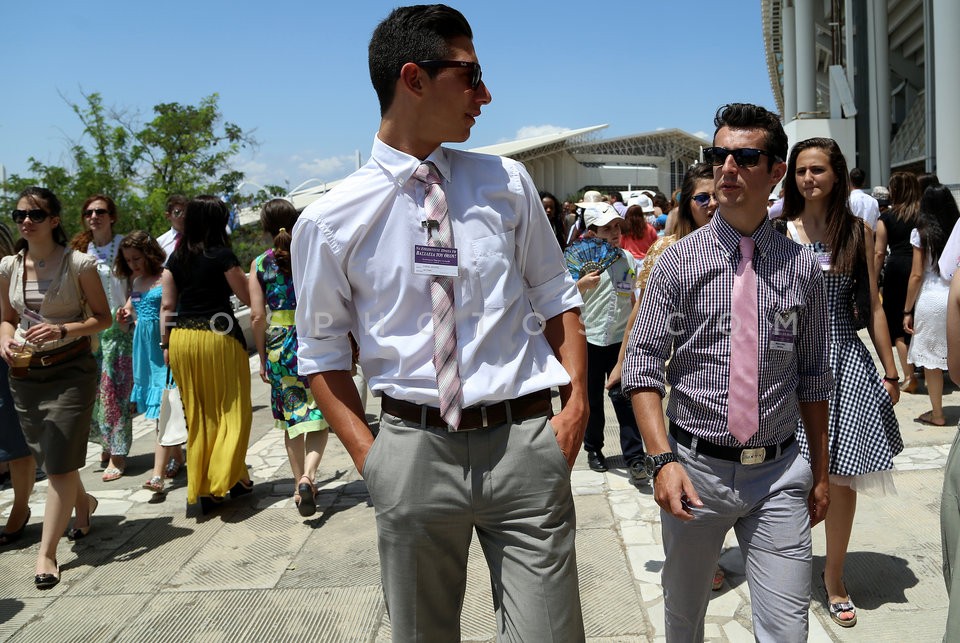 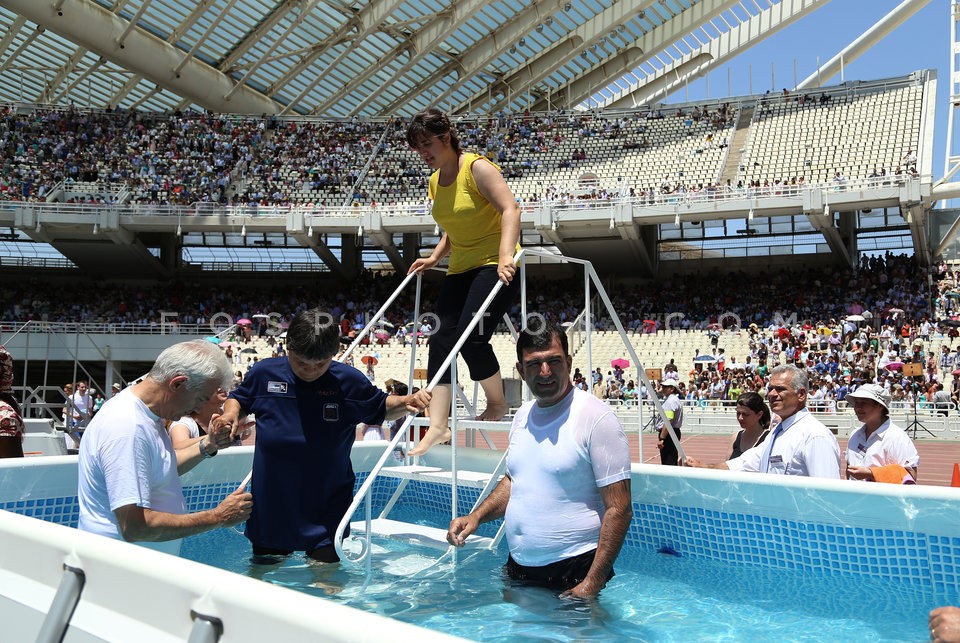 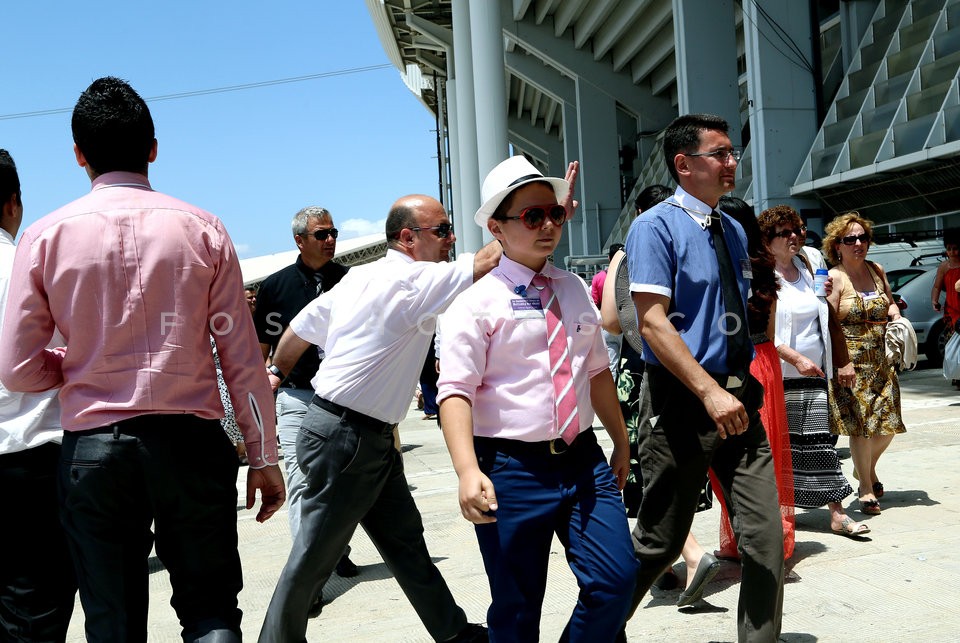 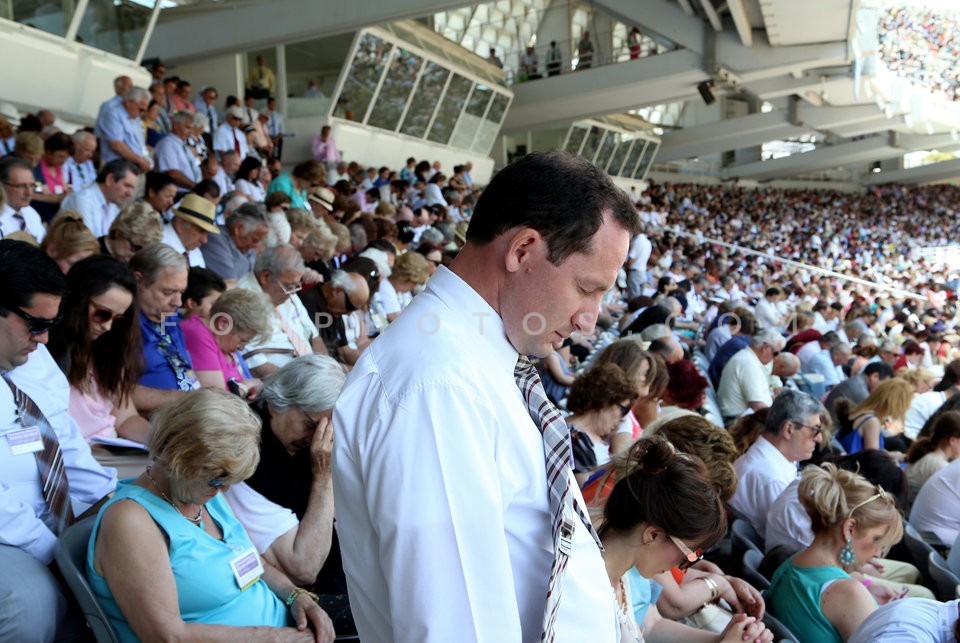 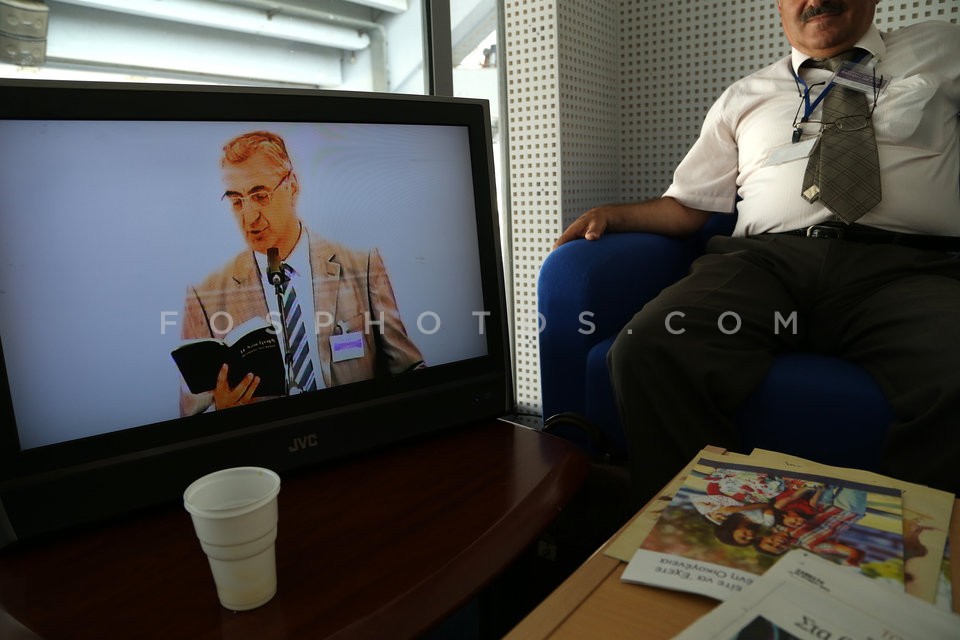 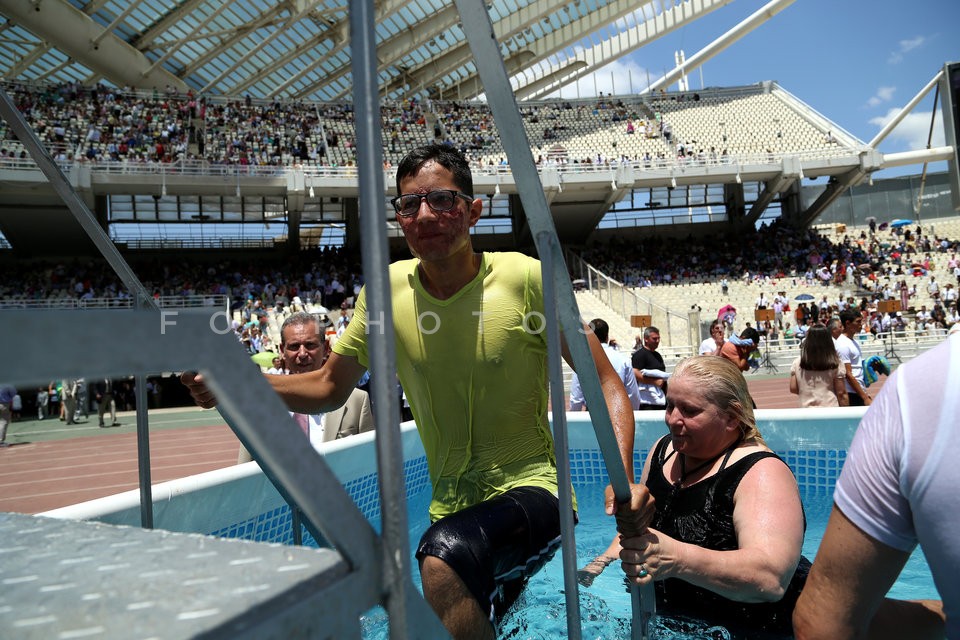 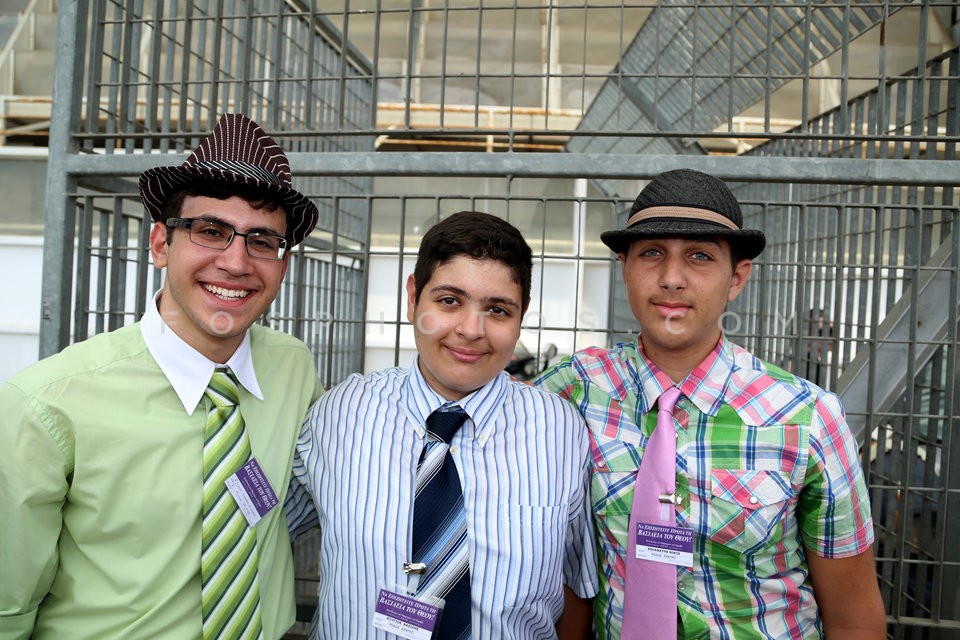 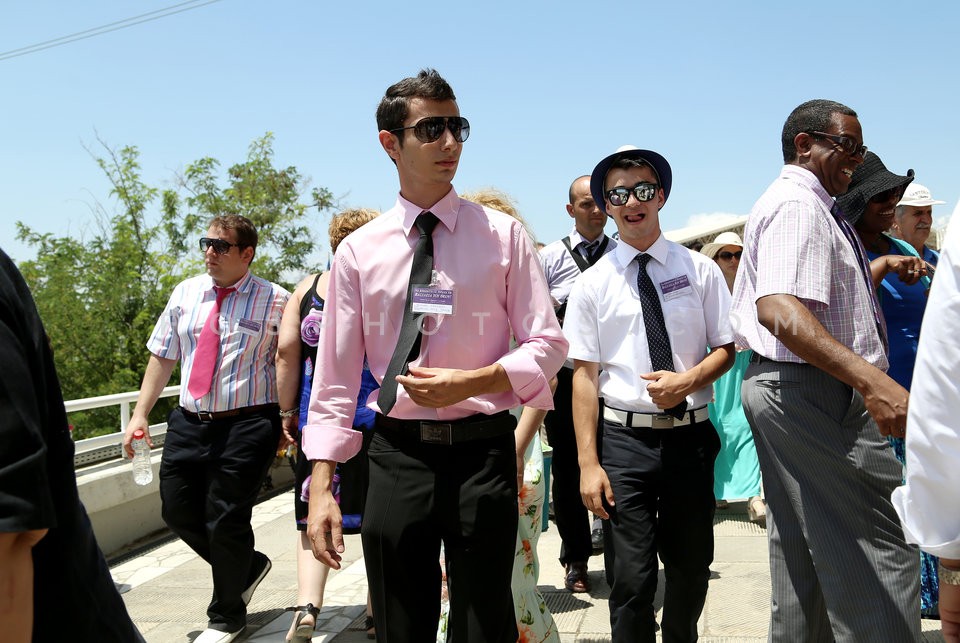 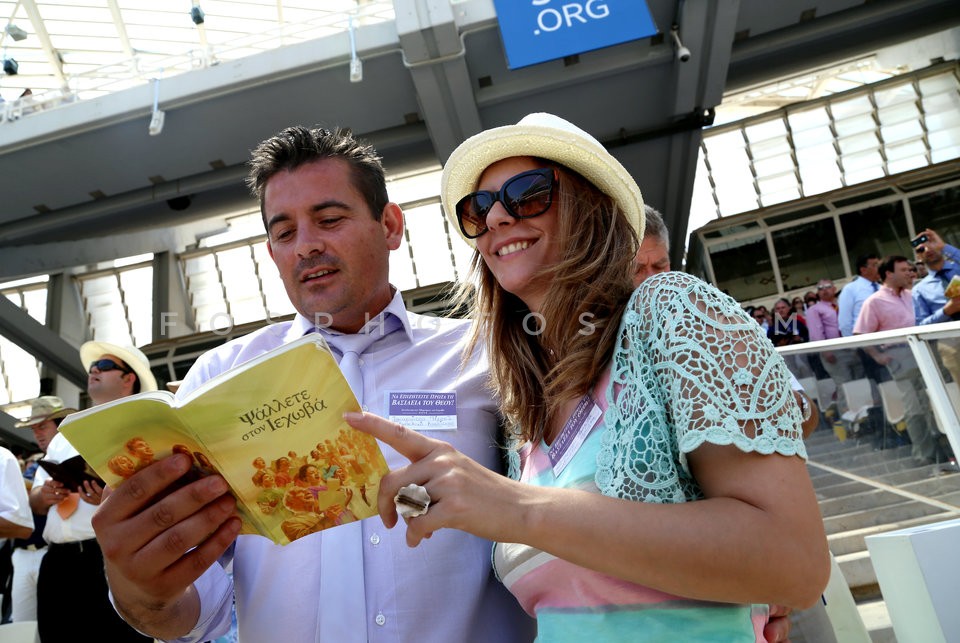 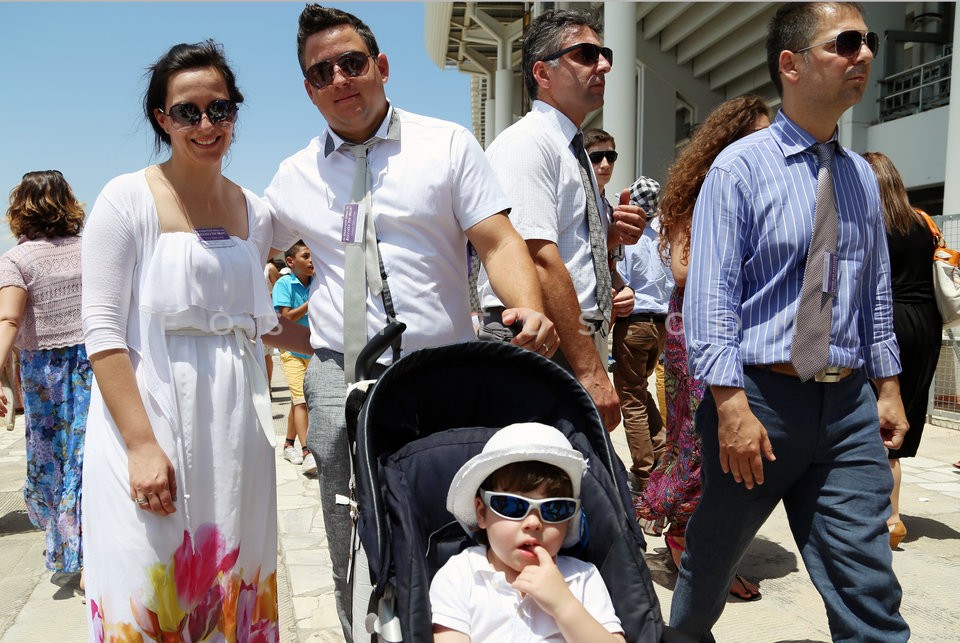 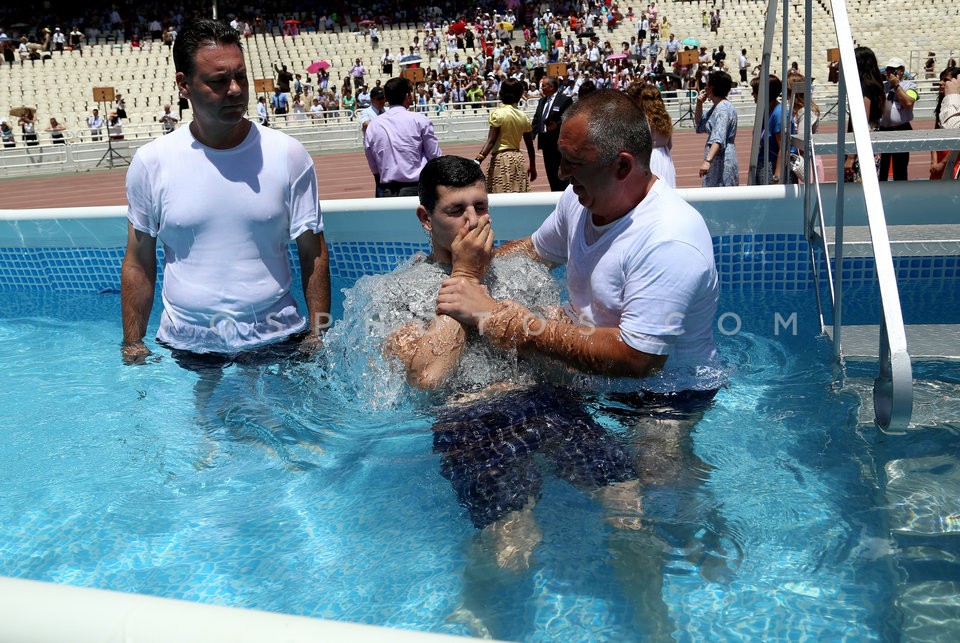 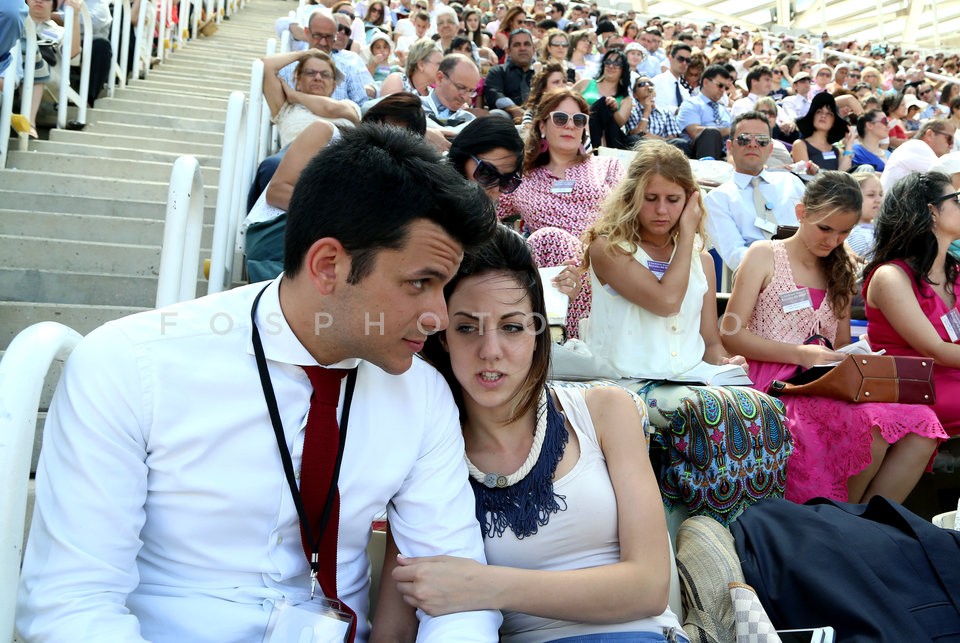 More than 40,000 people from all over the world participated at the three-day International Convention of Jehovah's Witnesses at the Olympic Stadium, Athens, Greece. On Saturday morning, the second day of the Assembly, in special pools that were set up in the center of the field, a total of 337 men and women baptized new members, both from Greece and from abroad, who had come just for this reason in Greece and took part in the event. As in any other assembly, the Jehovah's Witnesses sang hymns, read the Bible verses and discussed on copyright and other issues that concern them through the eyes of their beliefs. Jehovah's Witnesses are an official Christian religion with about eight million members in 239 countries. Basis of their faith is the Bible, and recognize that the salvation of the people can only be achieved through Jesus Christ, the Son of God. However, their beliefs on many issues differ from traditional Christian Churches. The sermon is based mainly on the belief that today the unjust world order is in the "last days" of, as soon God will take action to punish the unjust people and give eternal life to the righteous on a paradise earth.