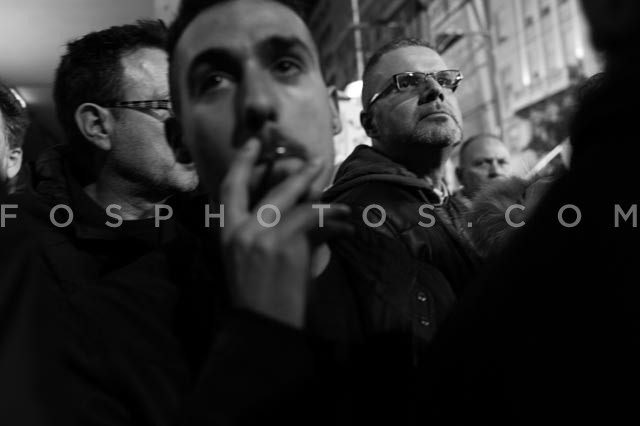 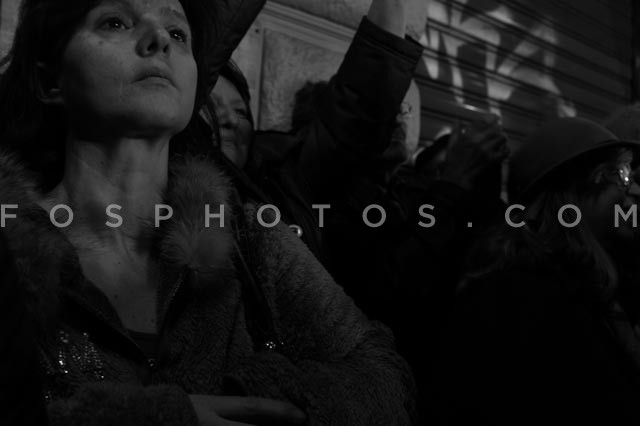 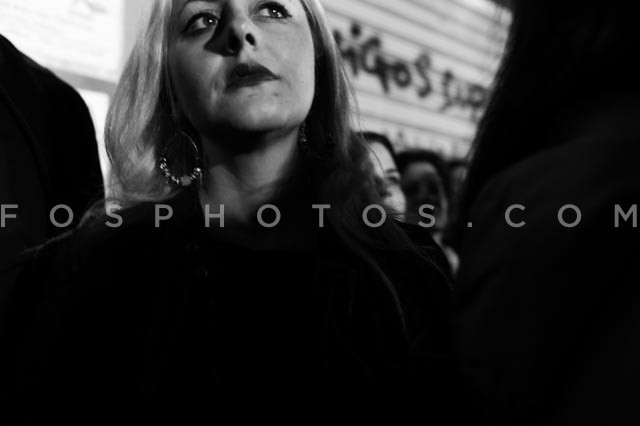 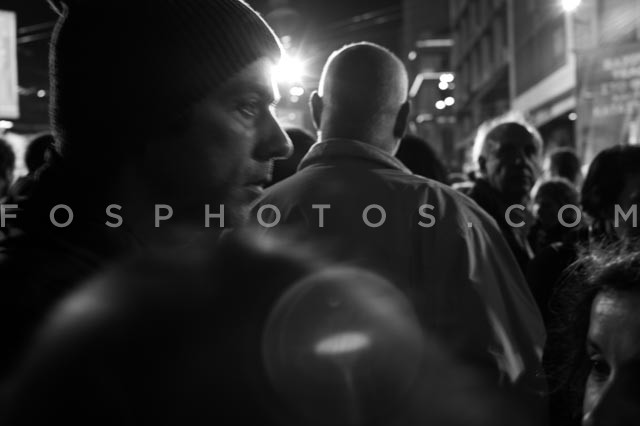 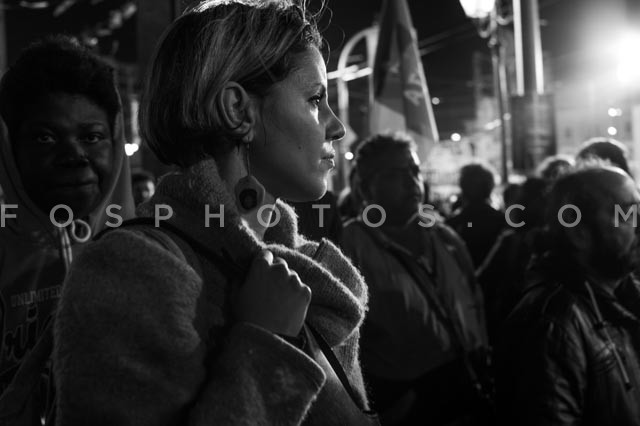 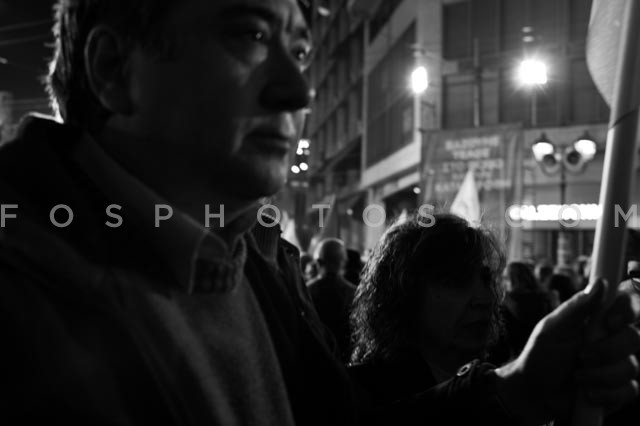 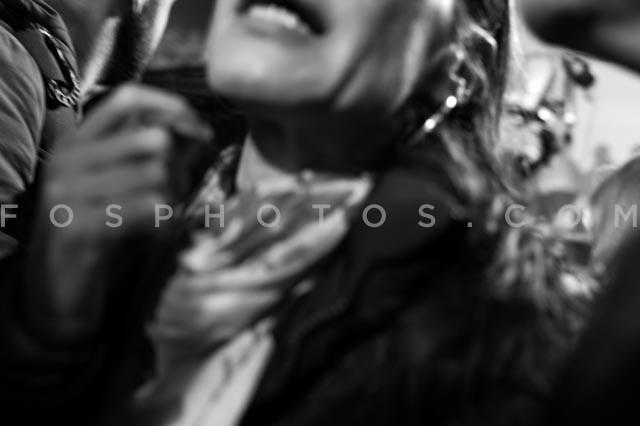 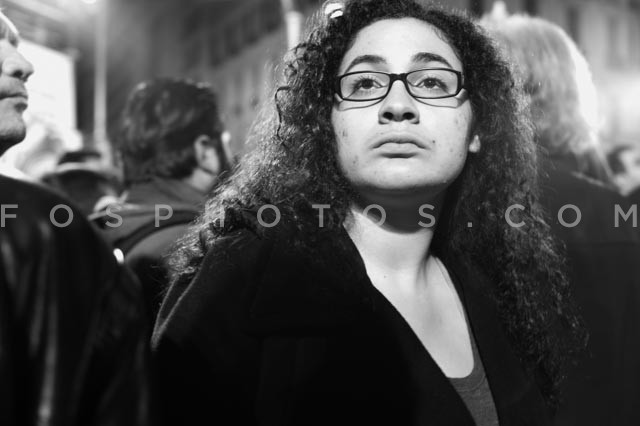 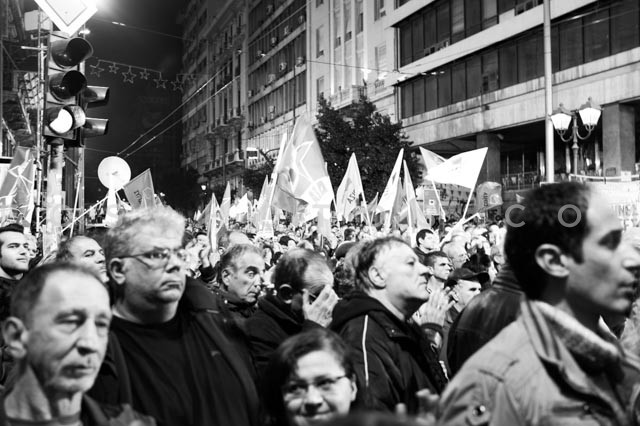 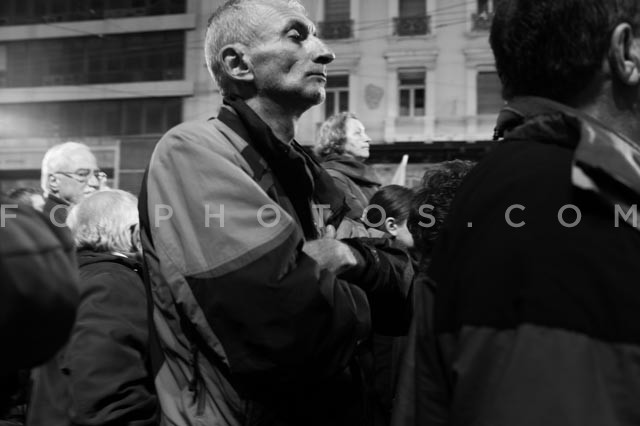 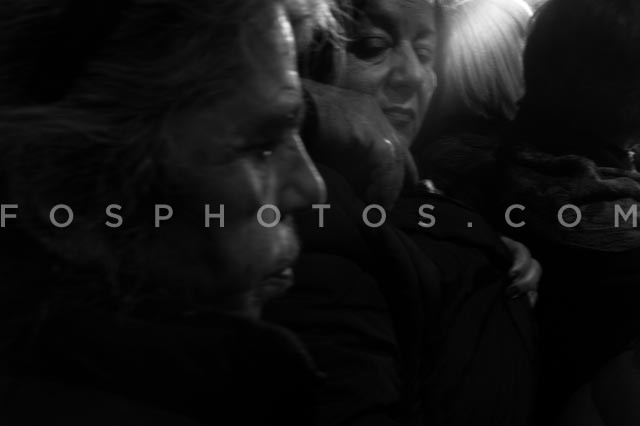 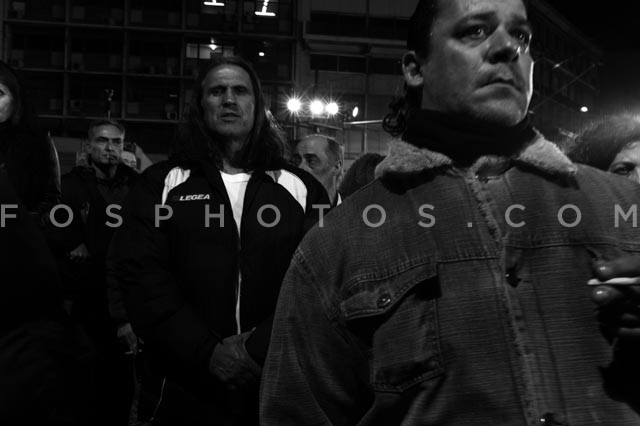 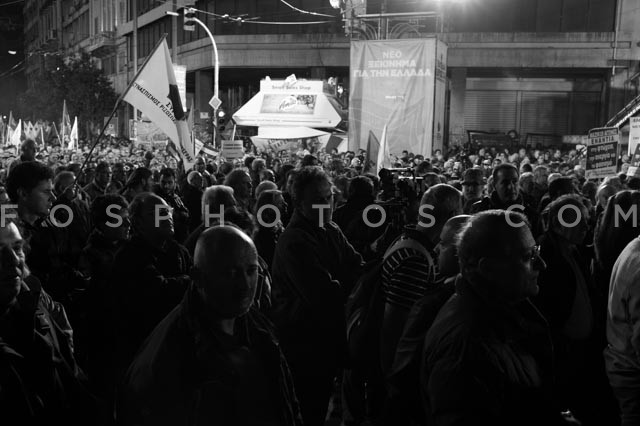 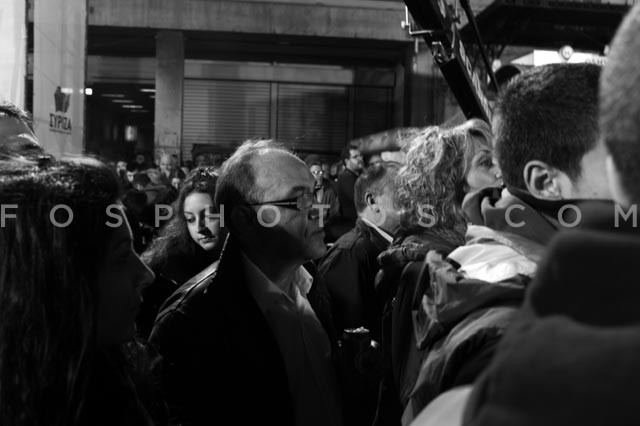 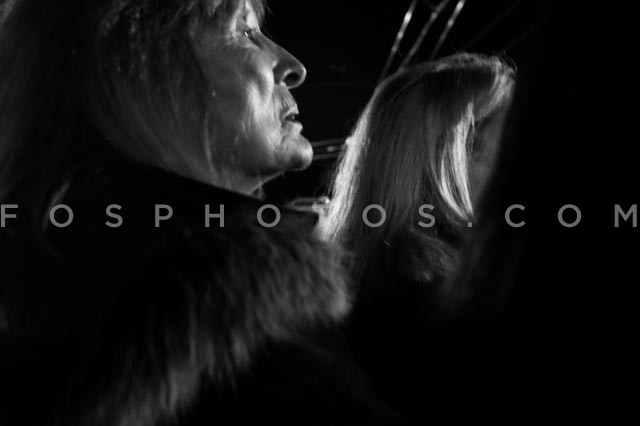 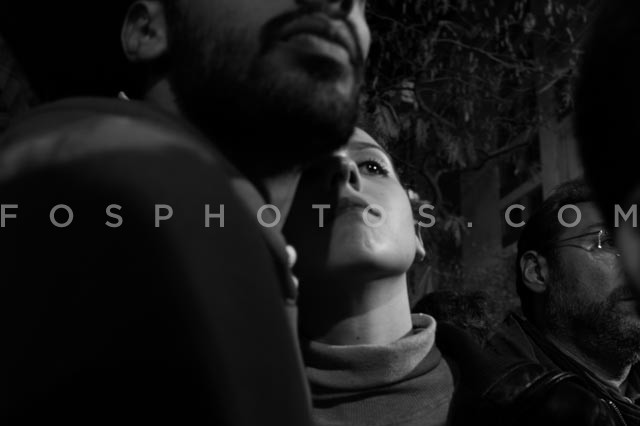 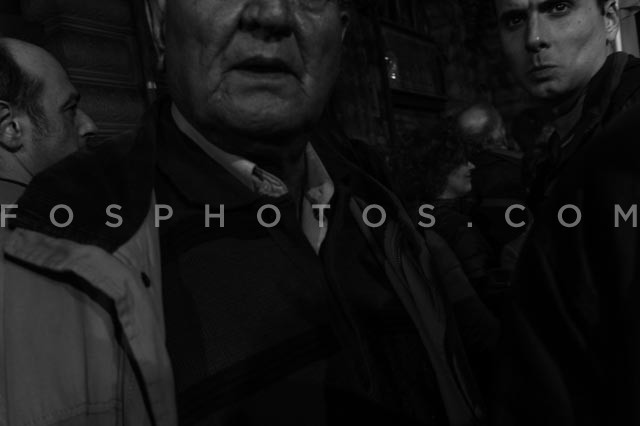 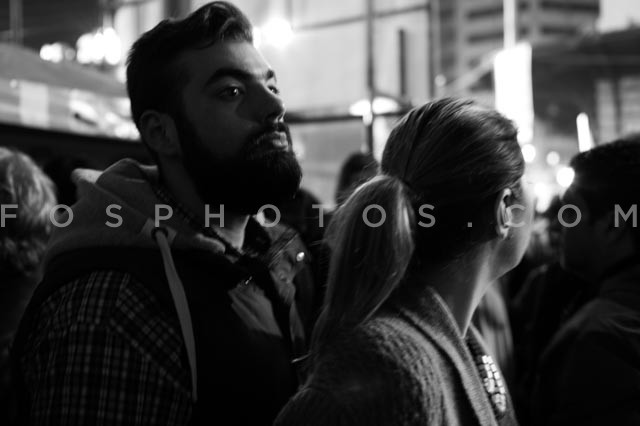 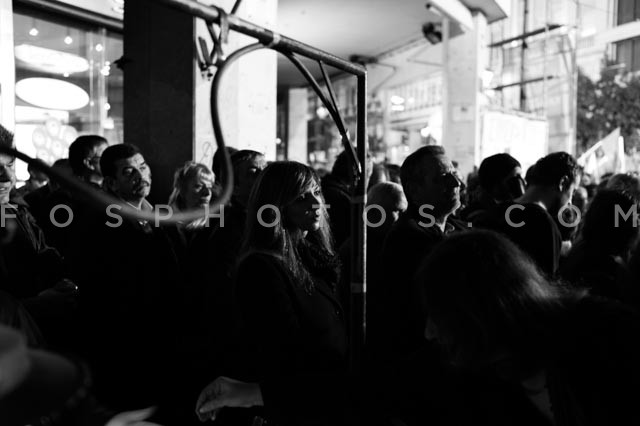 January 2015. Last Friday before the Greek national elections. The German photographer Bernard Steffin follows the political developments in Greece. Along with hope and expectations, there is fear and tension, a few smiling faces, anxious about tomorrow, no aggression, no crazy cheering. One would expect that the ultimate pre-election rally of SYRIZA at Omonia square, in the center of Athens, would be crazy festival, a wild party on the expected prevalence of the political party who had raised the flag of social justice and of an heroic exit from the economic Memorandum. Greece is in front of a difficult crossroad and SYRIZA supporters feel that the country's future lies in their hands. Ultimately, however, what they may wish is their freedom of choice and the right to live in dignity. And maybe, after all, this is democracy.