Flour smudging in the greek Carnival 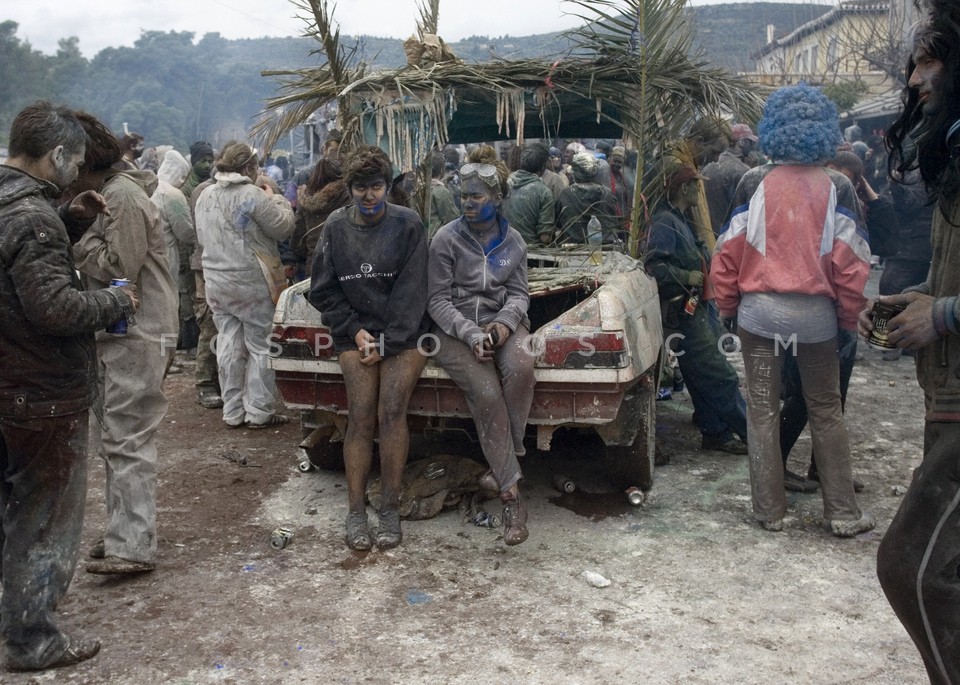 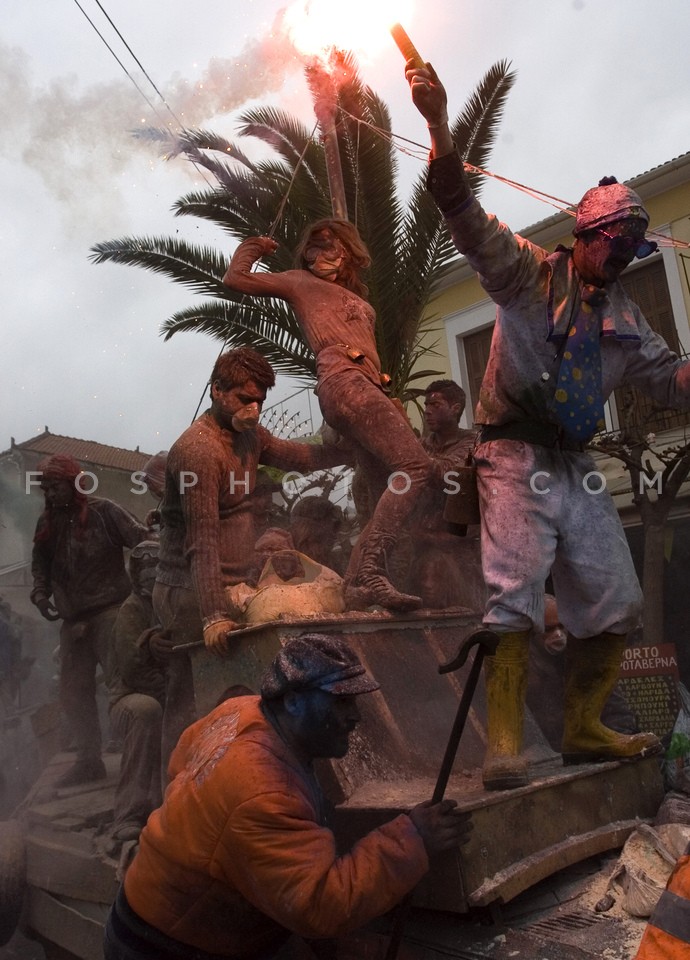 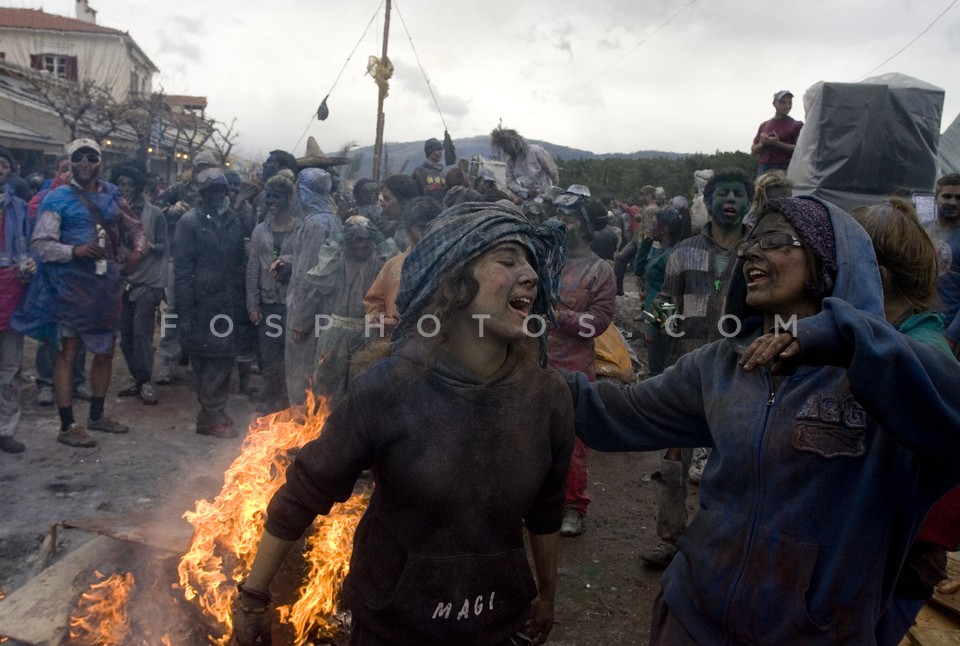 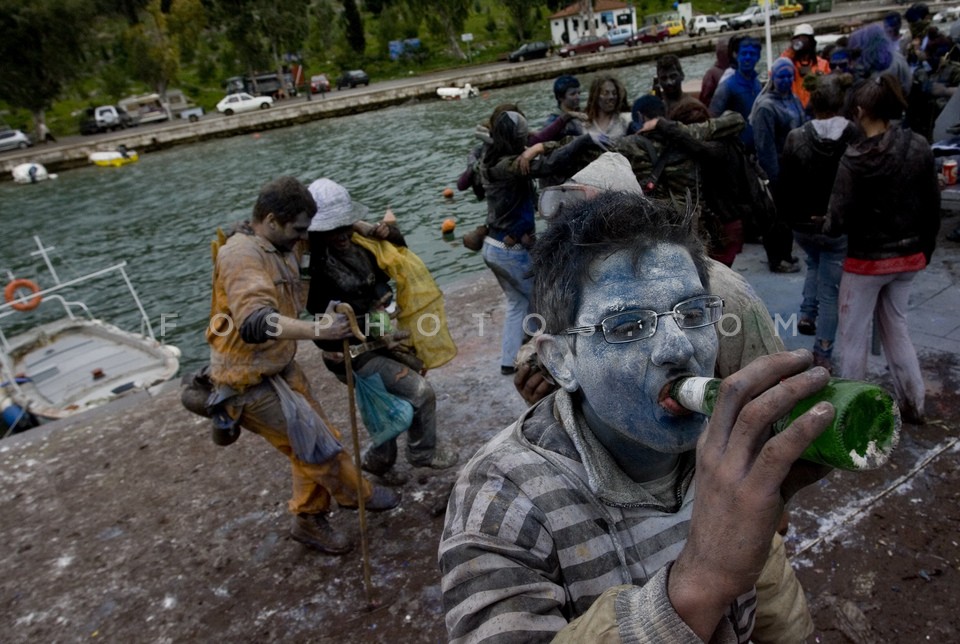 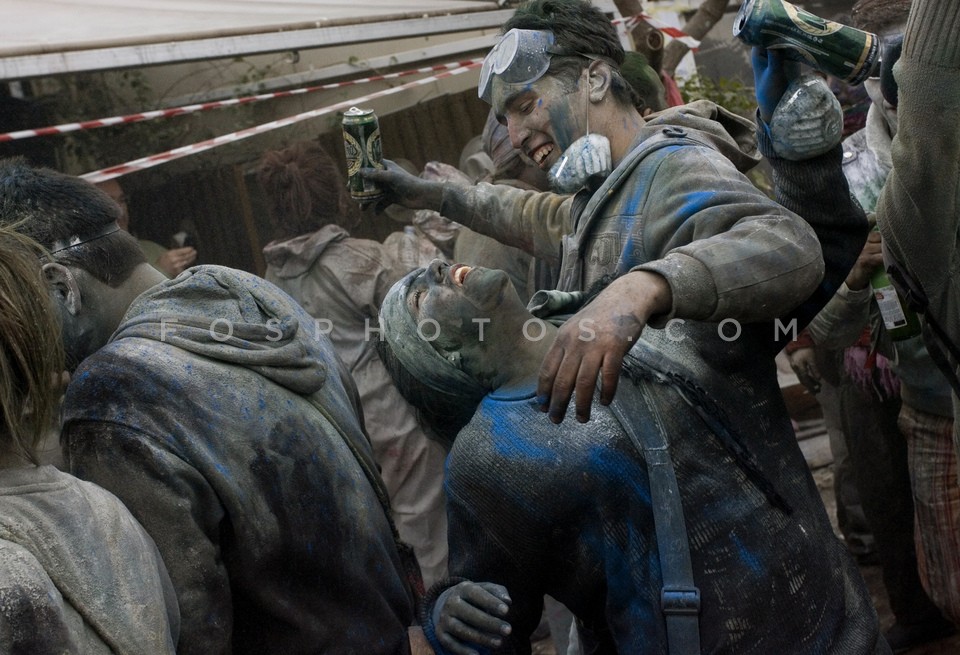 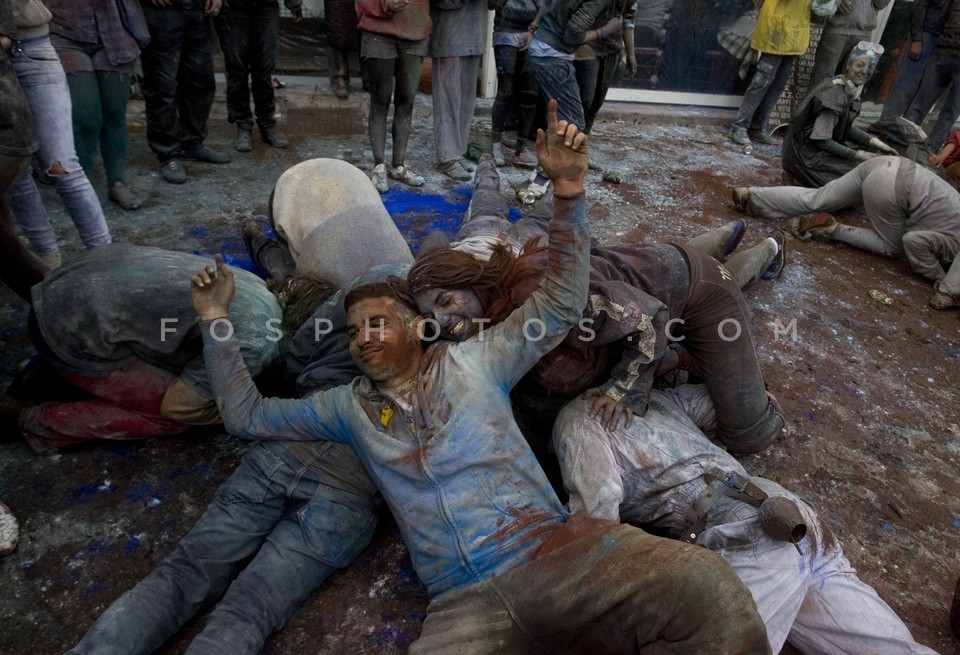 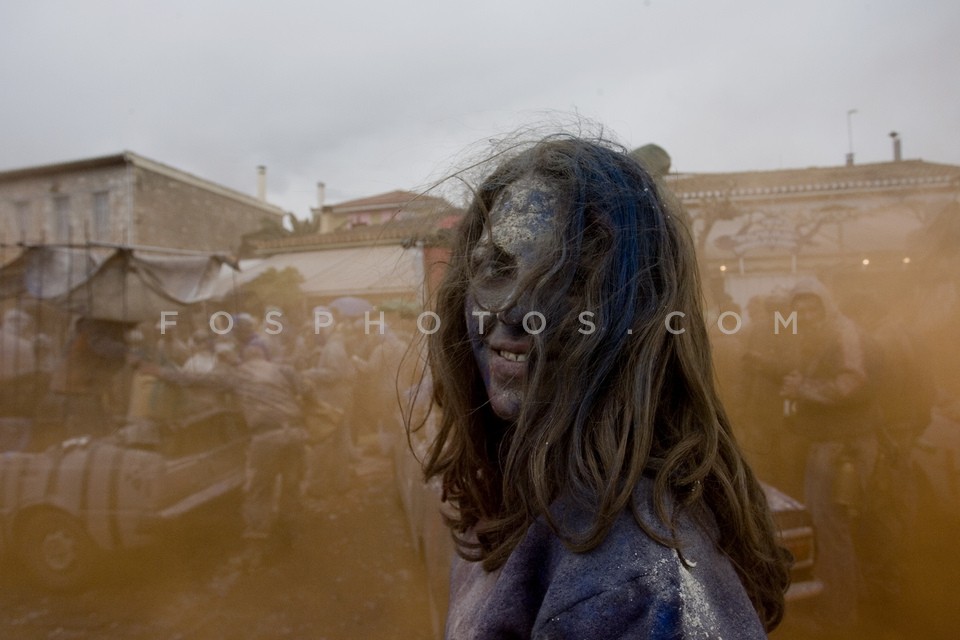 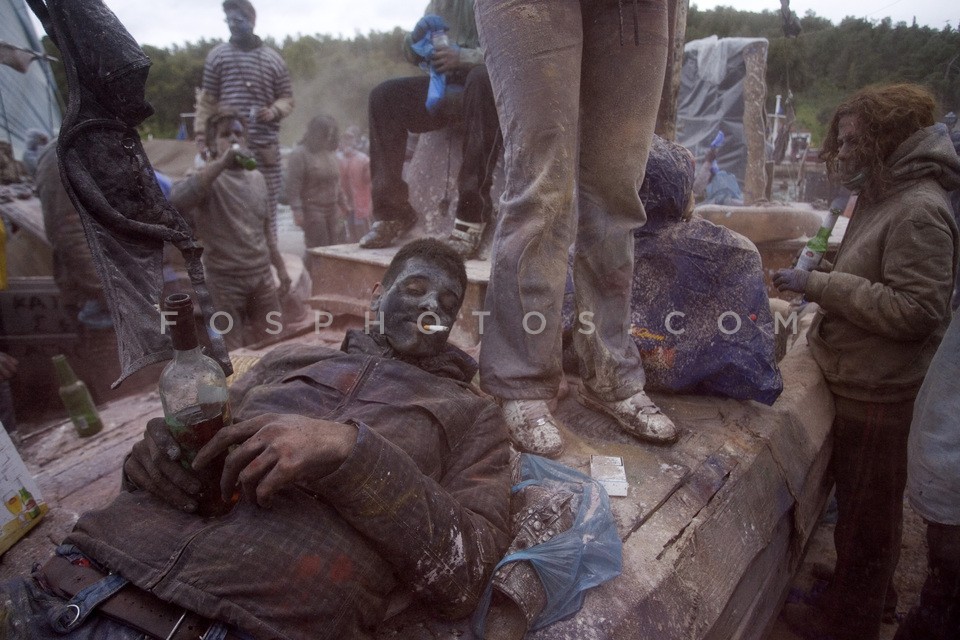 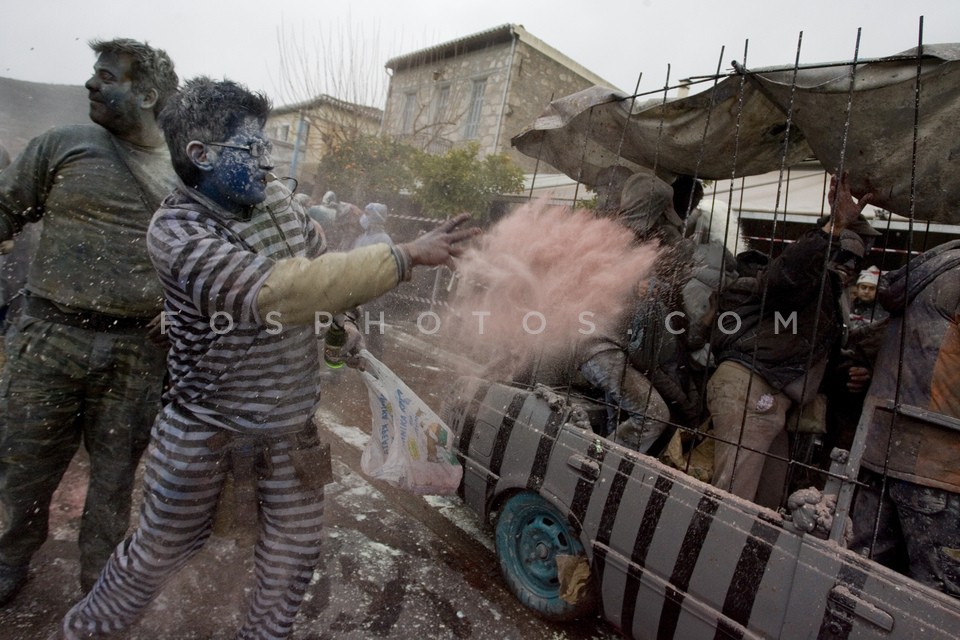 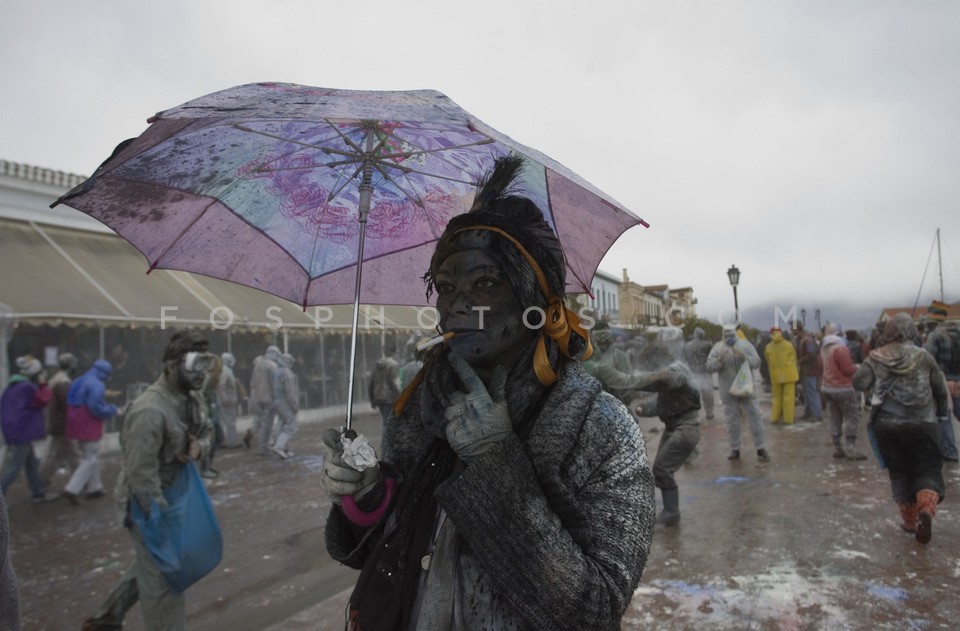 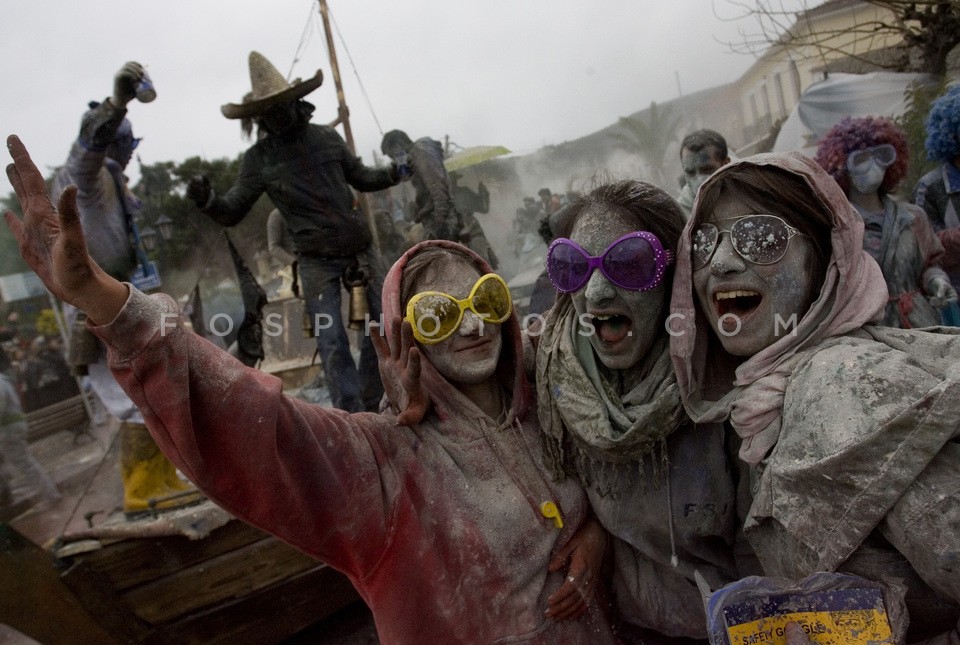 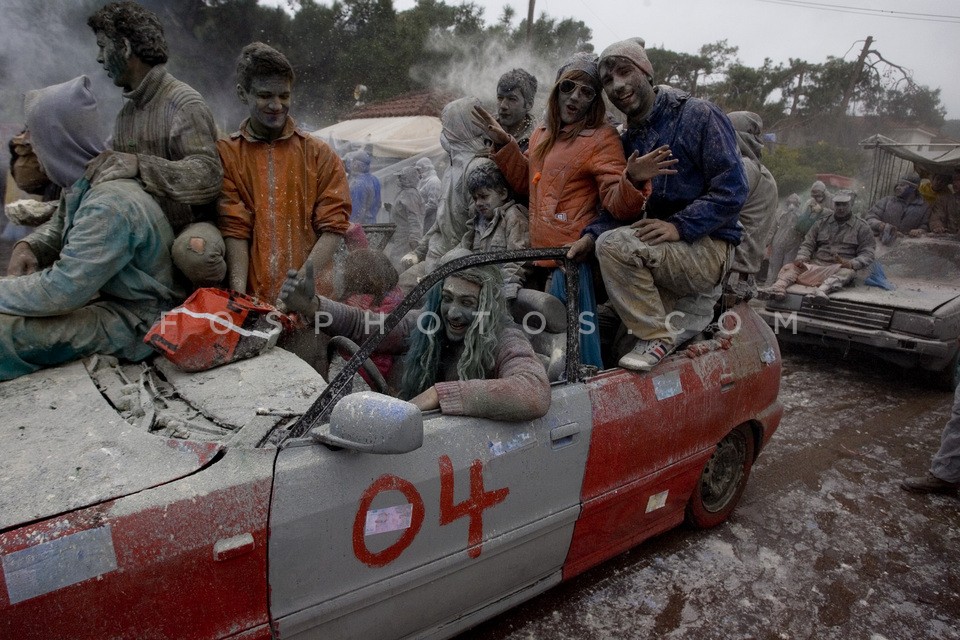 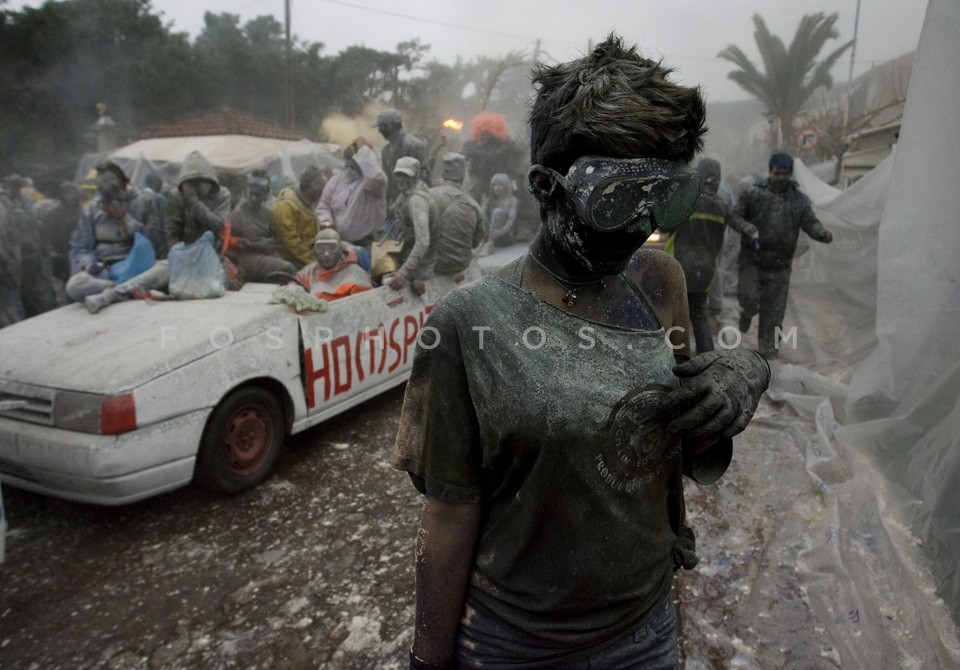 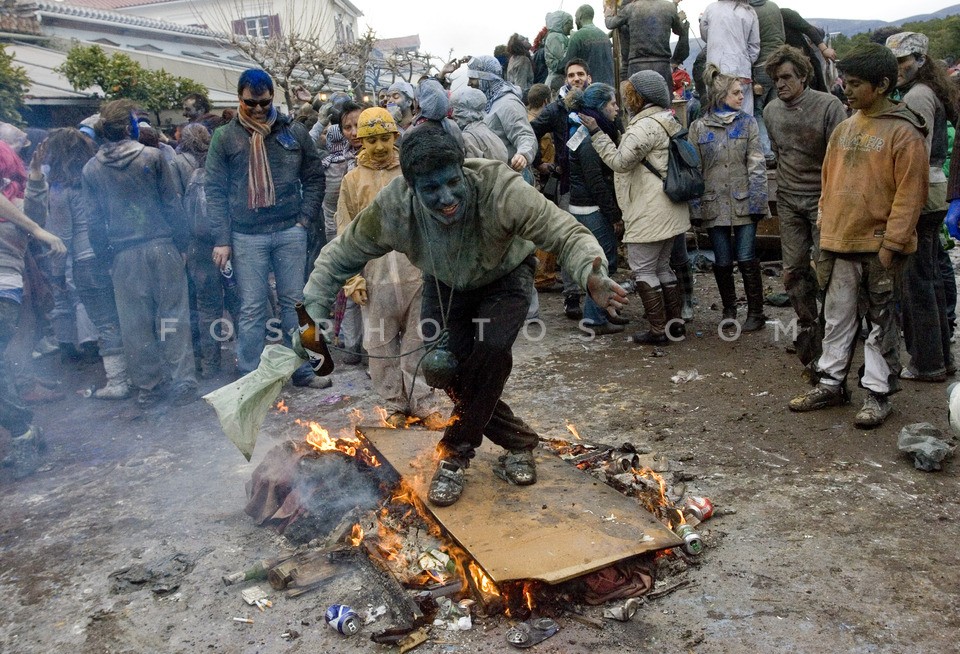 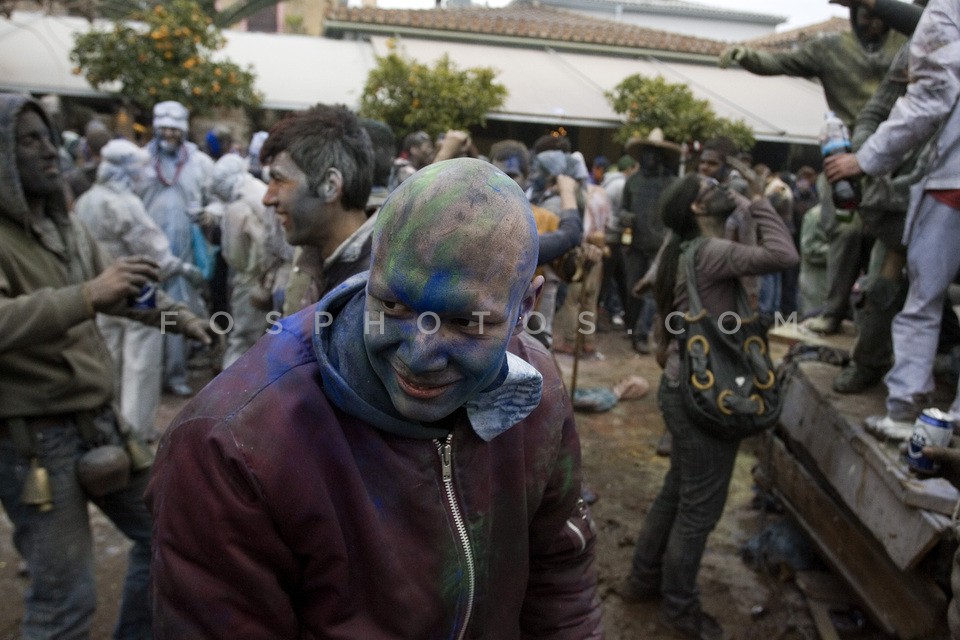 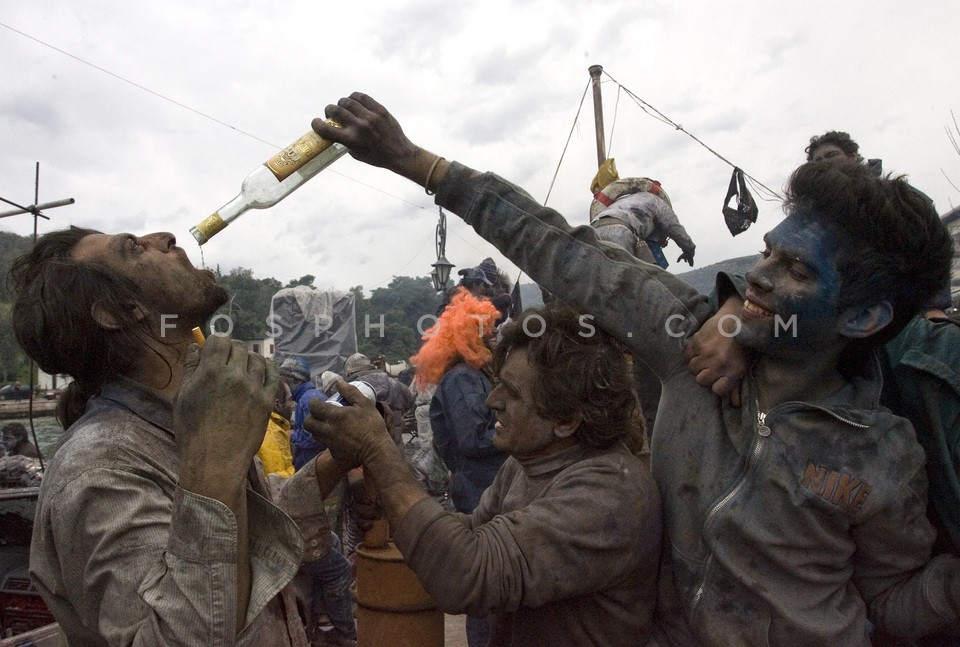 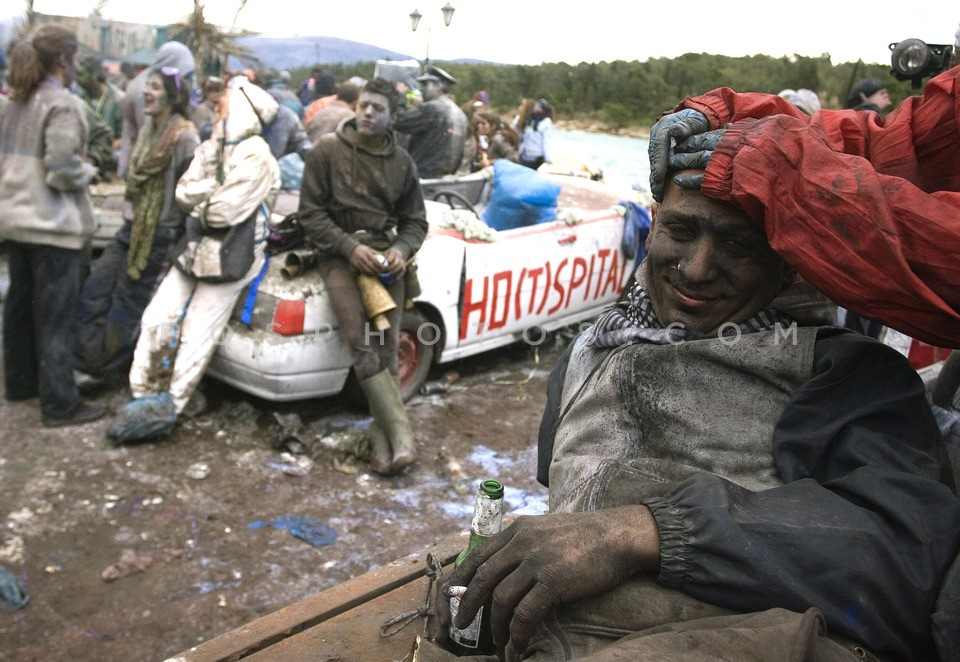 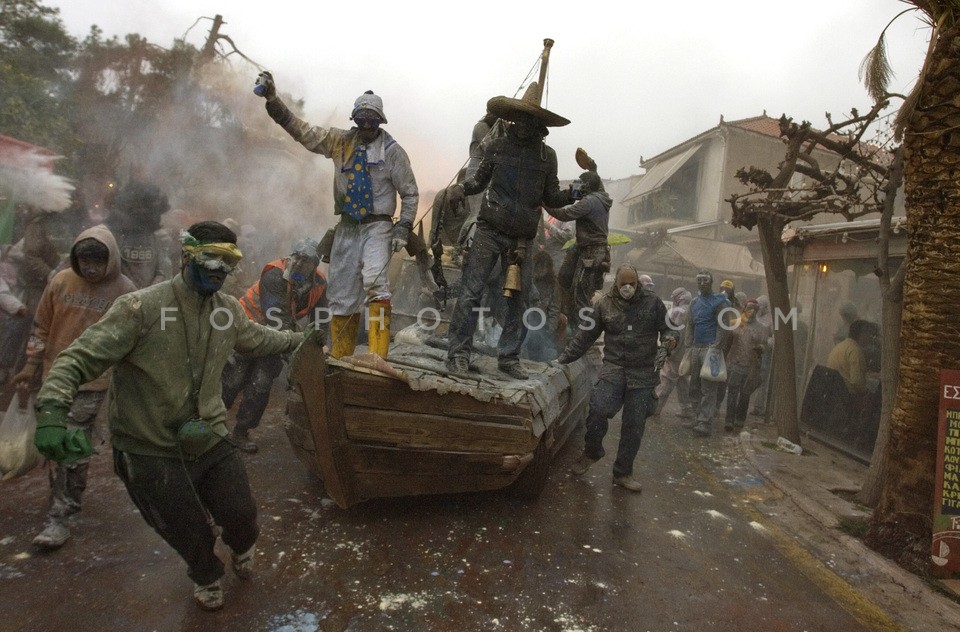 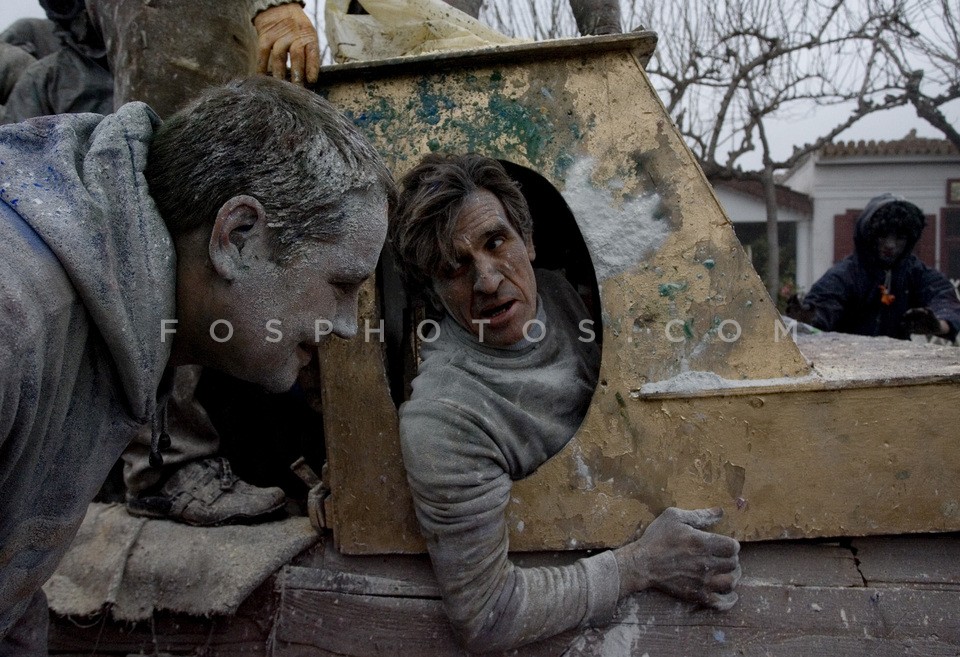 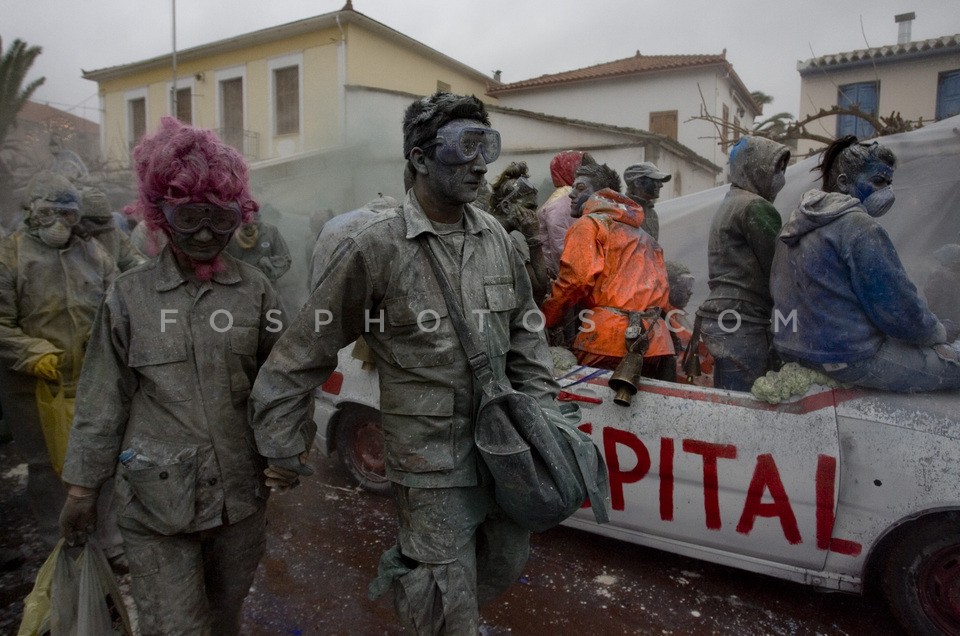 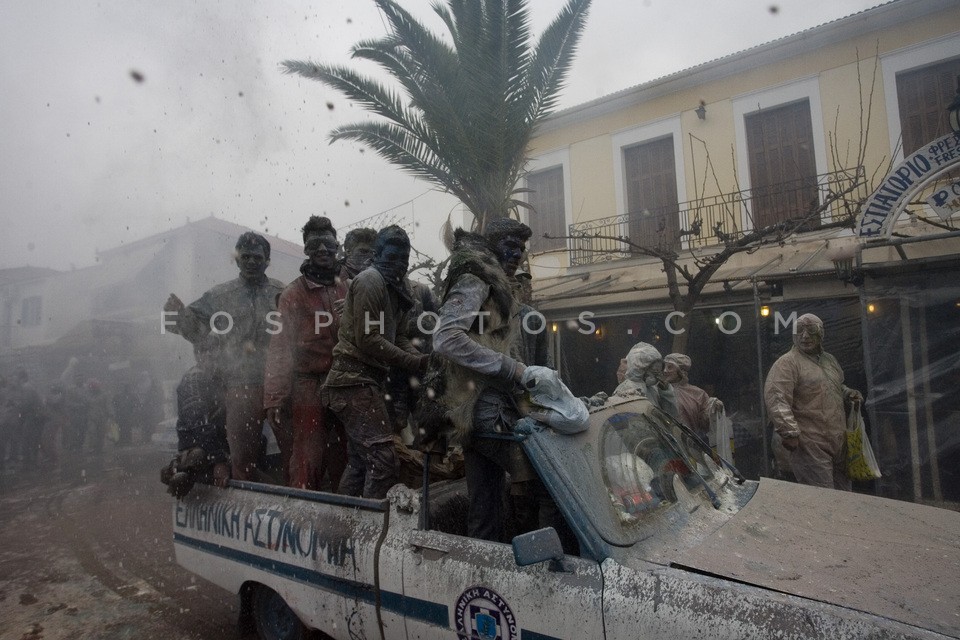 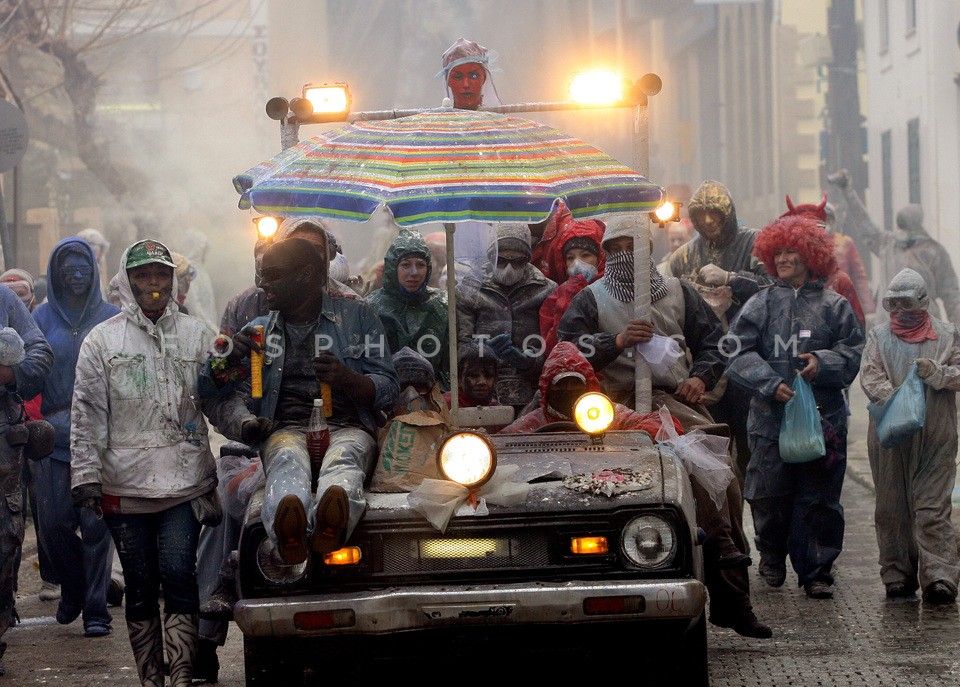 The "alevromoutzouromata" (flour smudging) in the town of Galaxidi in Fokida prefecture, is one of the most famous traditional customs of Halloween and the greek Carnival. On Clean Monday, after crazy masquerades and frantic fun during the three weeks that Halloween lasts, groups of happy young boys and girls arrive in the port city, wearing older clothes and holding sacks of flour mixed with various colors. The "war" begins, flour is thrown everywhere and plenty of dense clouds blur the air and the faces. Nobody can see clearly now. The "daouli" and flutes provide the rhythm, dances around the fires keeps everyone warm and plenty of alcohol is poured into the mouths of the most daring people, many of whom at the end plunge in the cold waters of the Corinthian Bay. The Triodion is over (the period of three weeks before Clean Monday is considered a pagan remnant), extravagance gives its place to endurance and patience, the strict Sarakosti (Great Lent) of Orthodoxy begins.