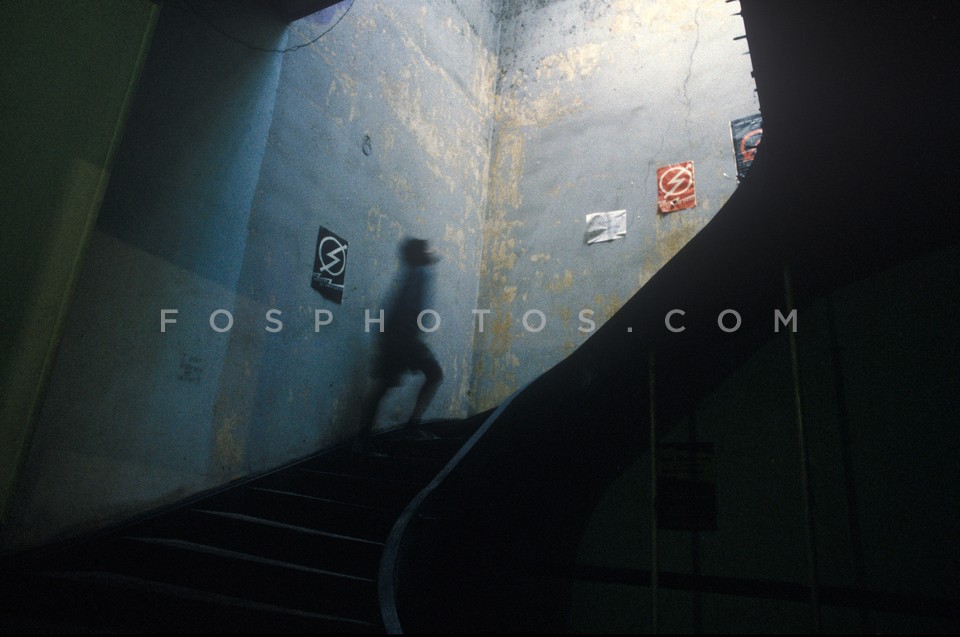 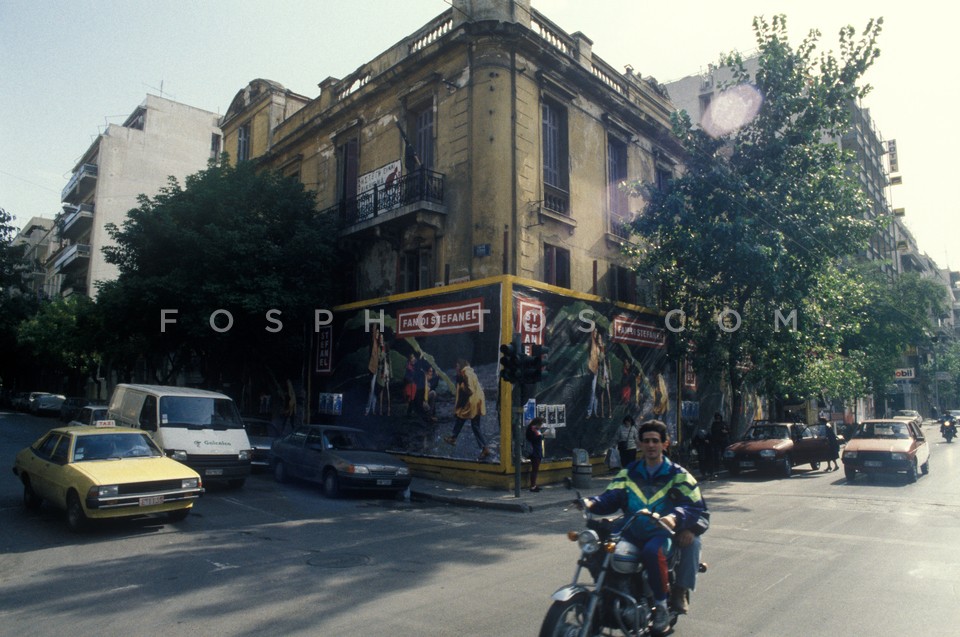 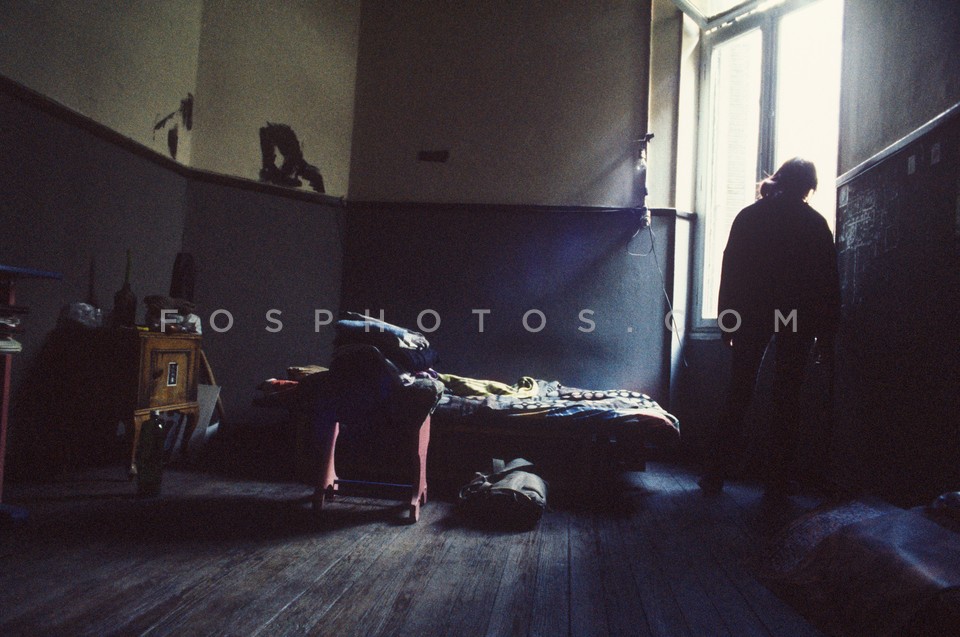 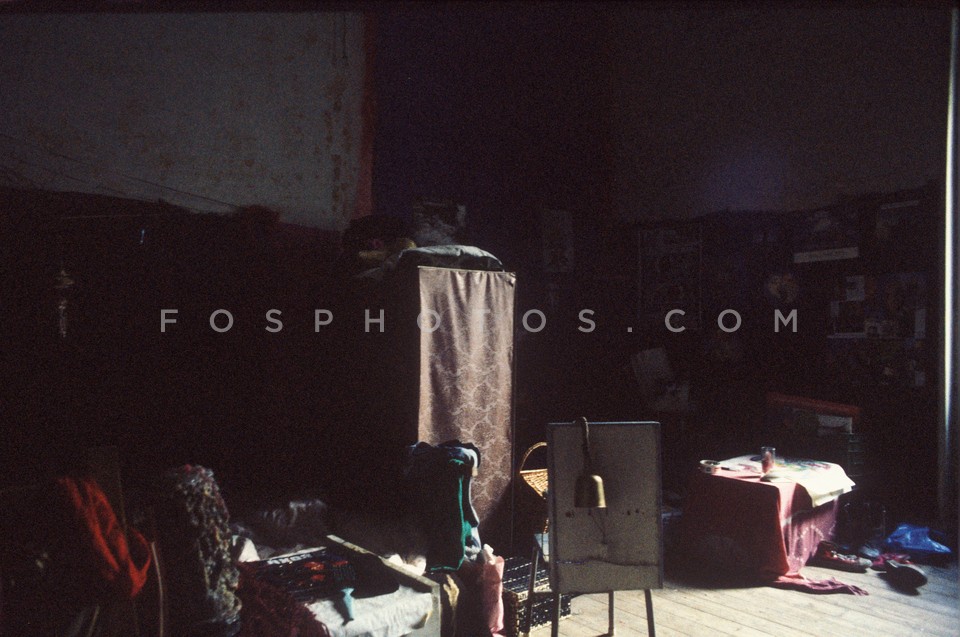 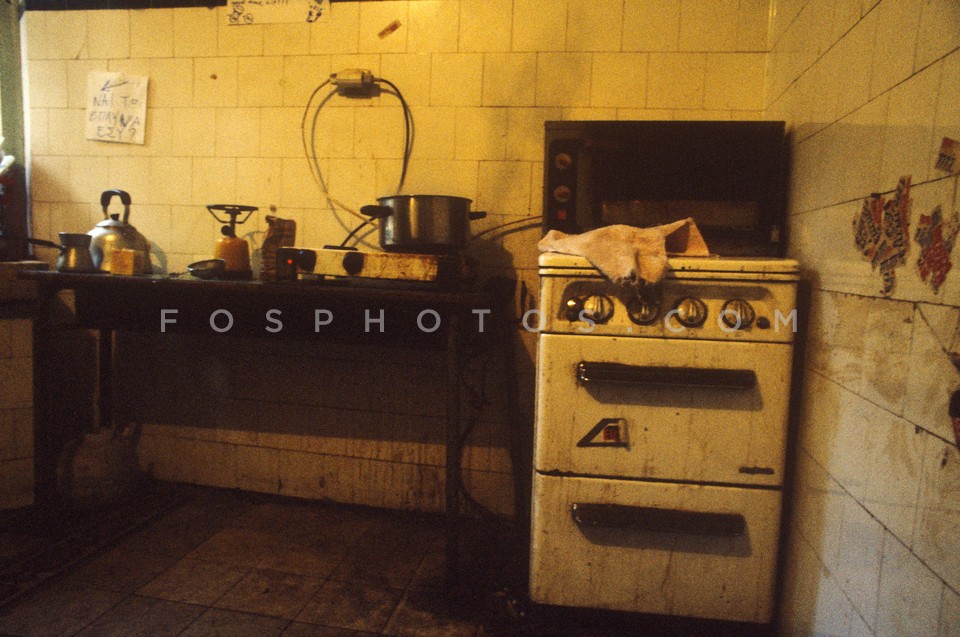 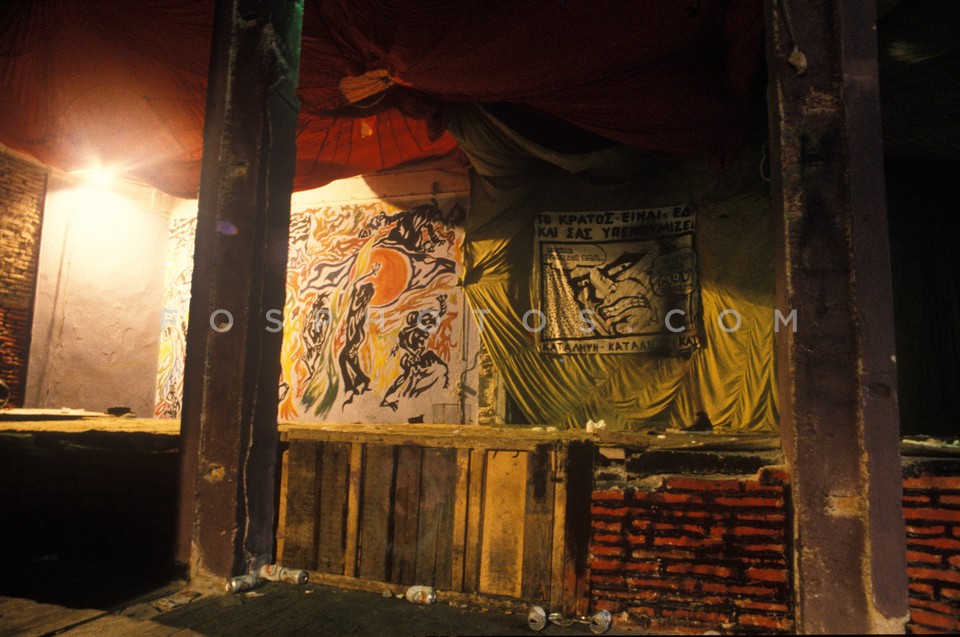 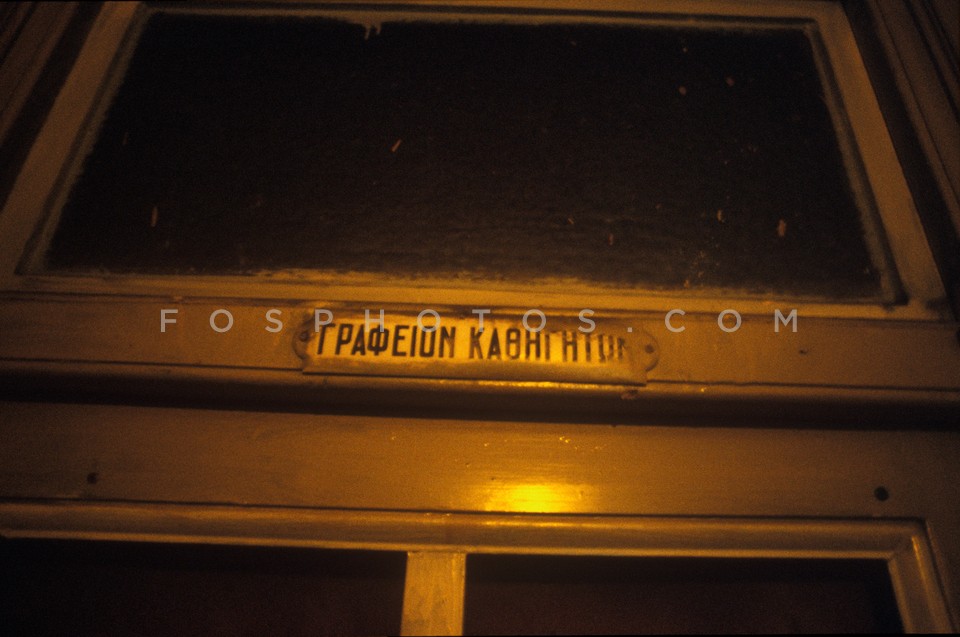 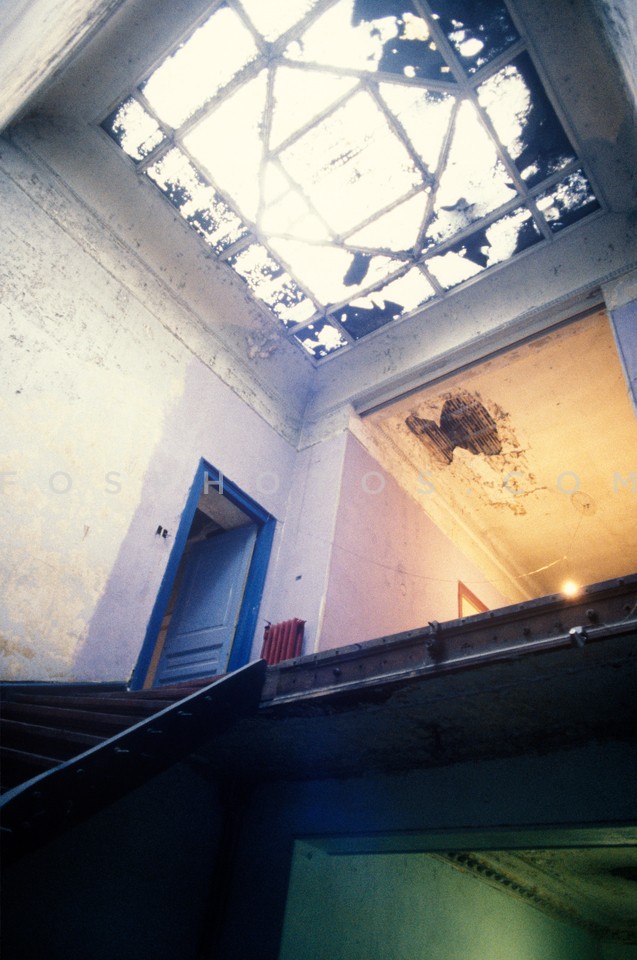 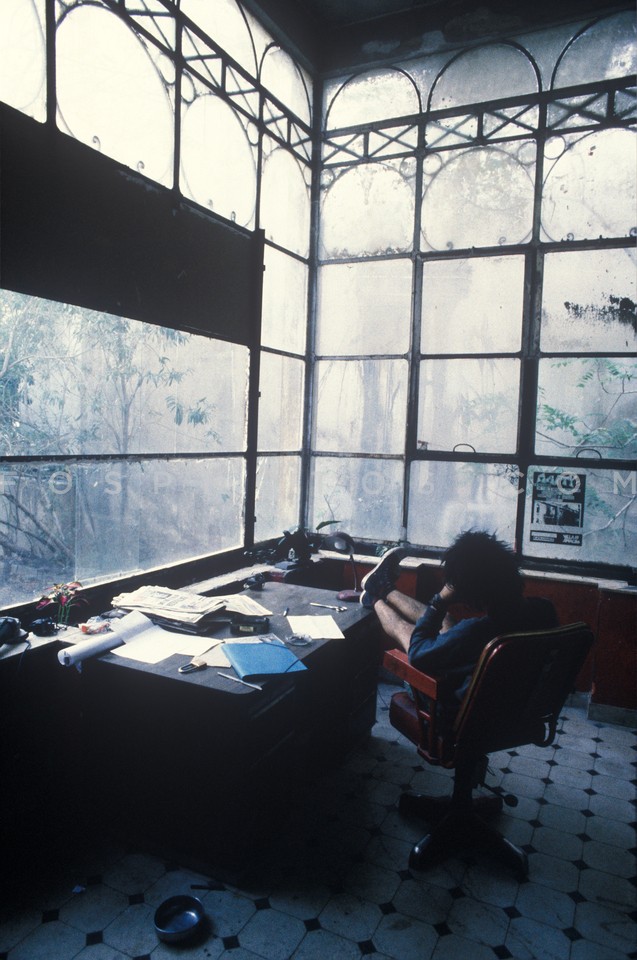 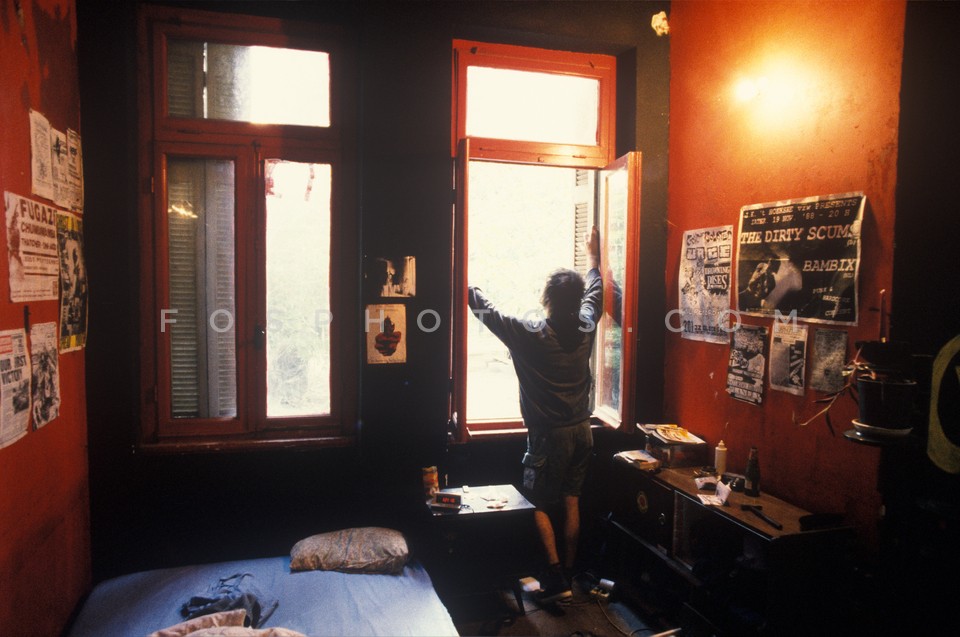 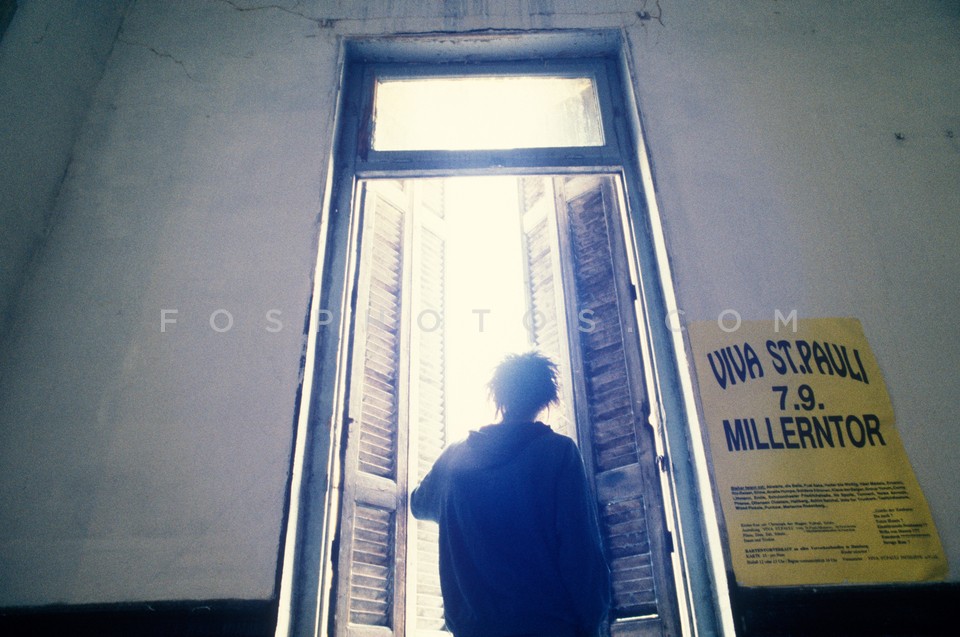 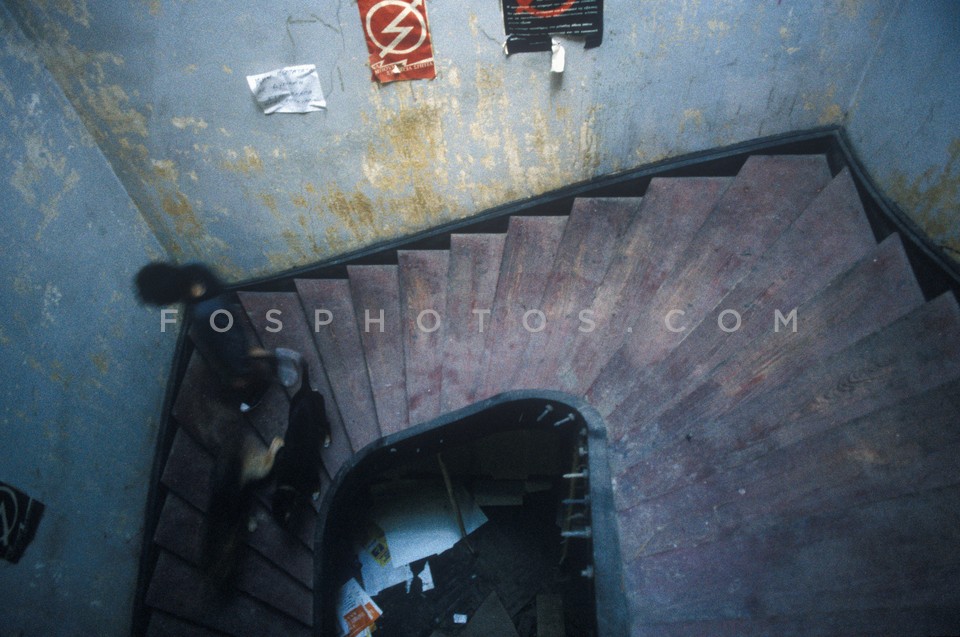 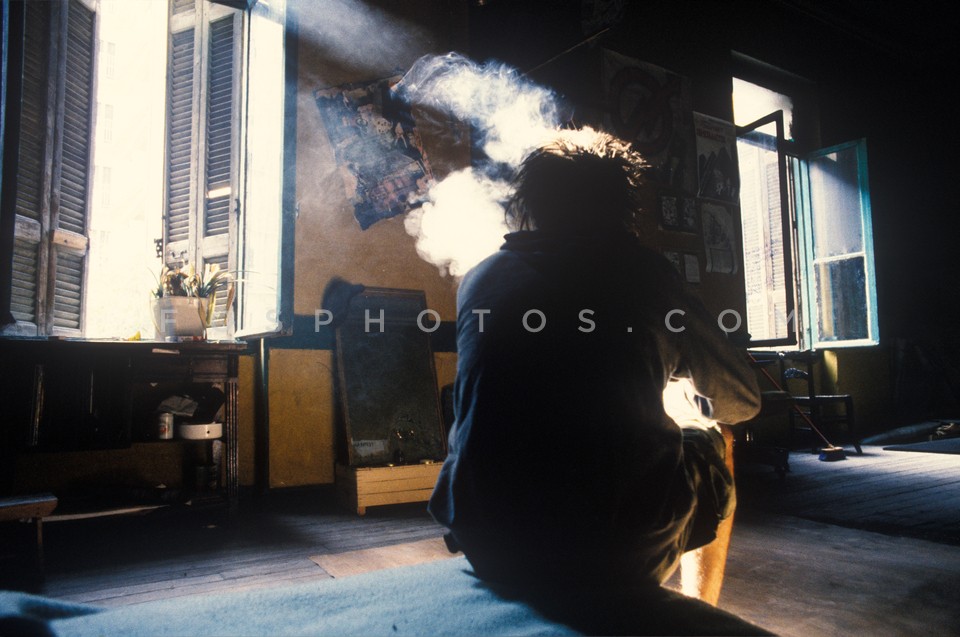 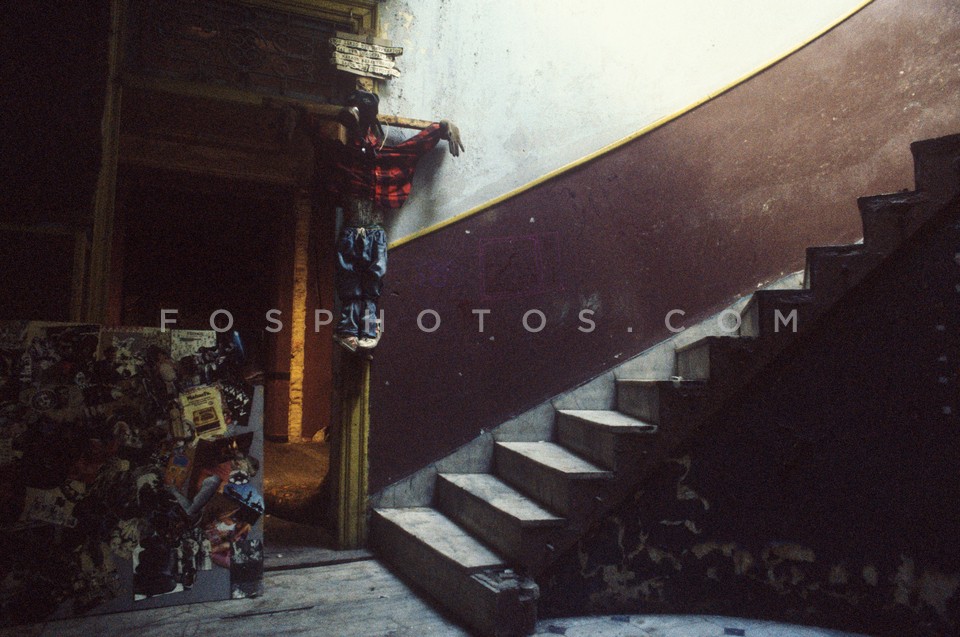 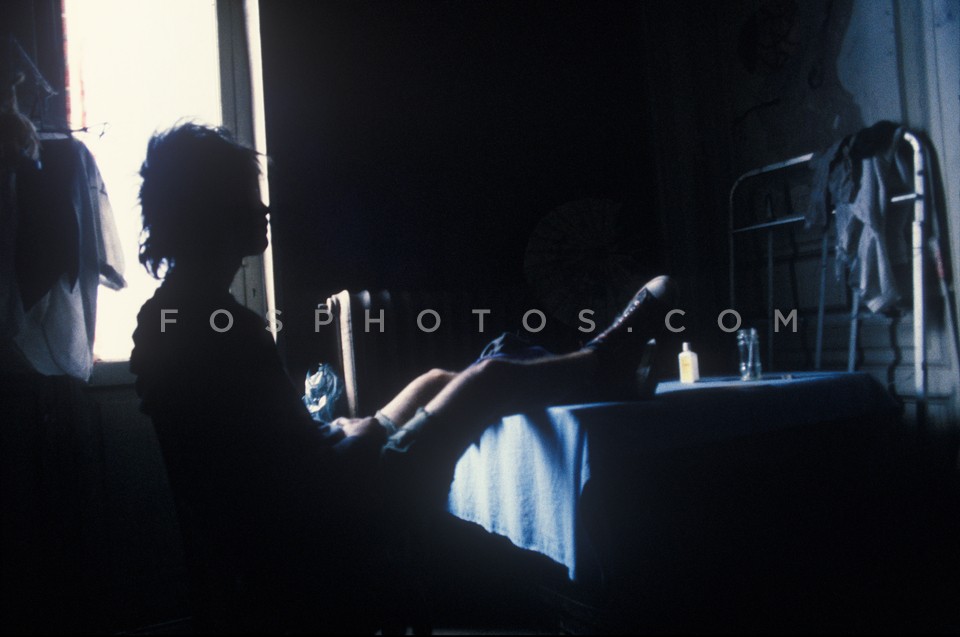 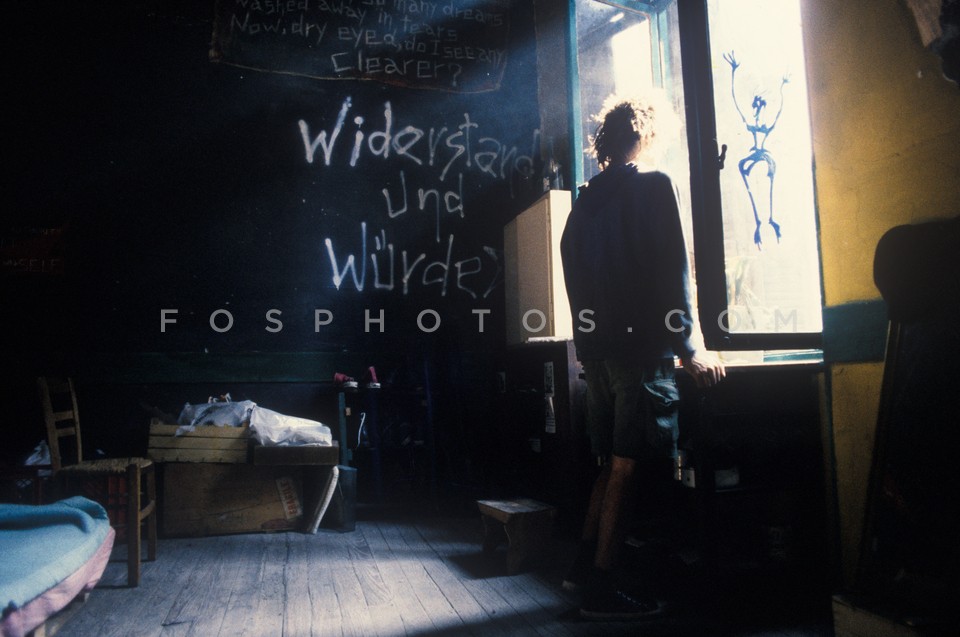 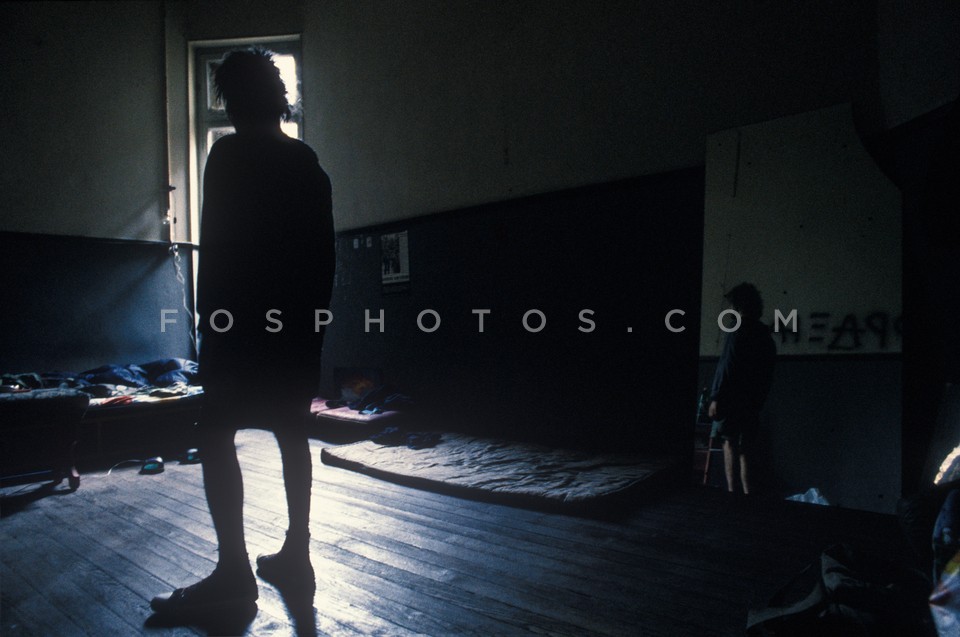 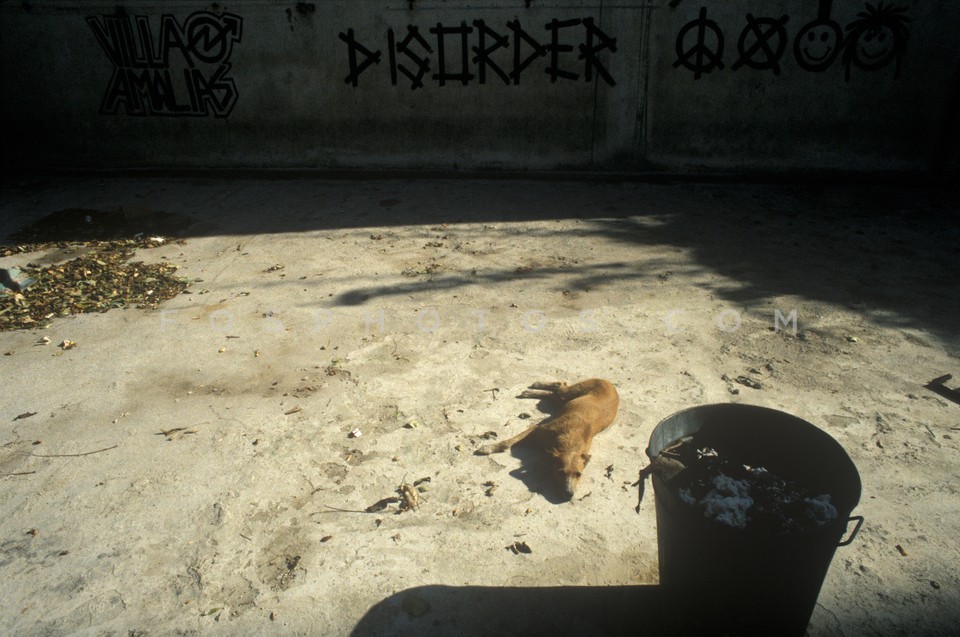 Pictures from the squatted building on the corner of Acharnon and Heyden Streets in Athens, Greece, one year after it's occupation begun in March, 1990. The neo-classical building hosted a boys' high-school from 1862 until the early seventies. Also known as Villa Amalias, this squat was a symbol for the questioning and resistance of a generation with an ideology outside the ruling structures. About 15 young people lived here back in 1990, with the vision of self-determination, organizing concerts and growing vegetables in the back yard. Having troubles with the police from the beginning, twenty years later the Police Special Forces evacuated the building arresting eight people. With accusations coming from both sides, the police and groups of leftist ideology, the squat was put in the spotlight of an intense argument between the Greek political leaders, about the legitimate limits of contemporary left ideology.